Iran Says US Blamed for Any Clash between IRGC, CENTCOM 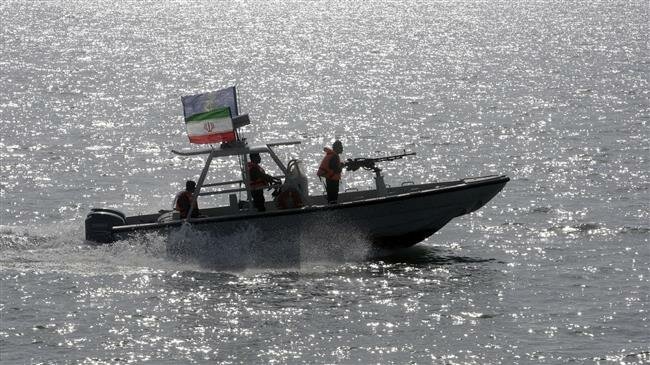 Iran says the IRGC forces and those of the US Navy Central Command (CENTCOM) may engage in clashes in the Persian Gulf and elsewhere, and that’s blamed on the US government which fanned the flames by blacklisting the Islamic Revolution Guards Corps.

The remarks were made by Iranian Deputy Foreign Minister for Political Affairs Seyyed Abbas Araqchi in a Tuesday address to the Institute of Strategic Thinking (SDE) in Ankara, Turkey.

“The two forces, which have been reciprocally designated as terrorist groups, may engage in clashes in the Persian Gulf or any other region,” Araqchi warned.

“There is no doubt that the US will be held accountable for such a situation,” he added.

Iranian President Hassan Rouhani on Tuesday signed off on the law recently approved by the Iranian Parliament, which designated the American forces based in West Asia — known as the United States Central Command — as a terrorist organization.

The chief executive put his signature to the legislation, obligating its enactment by Iran’s Intelligence, Foreign, and Defense Ministries as well as the Supreme National Security Council (SNSC), the country’s top security body, and the Plan and Budget Organization.

The MPs lent their overwhelming approval to the law last Tuesday in a counter-measure against the US’s earlier blacklisting of the IRGC. The legislation was approved by 173 to 4 votes, with 11 abstentions.

Under the new law, “CENTCOM as well as forces, organizations and bodies under its command, are declared terrorist and providing any assistance — including military, intelligence, financial, technical, educational, administrative and logistical — to these forces in order to counter the IRGC and the Islamic Republic of Iran amounts to collaboration in an act of terror.”

On April 8, the White House had labeled Iran “a State Sponsor of Terrorism” and the IRGC a “foreign terrorist organization,” claiming that the elite defense force “actively participates in, finances, and promotes terrorism as a tool of statecraft.”

Back on Sunday, Iran’s top military commander said that all American ships passing through the Strait of Hormuz have so far remained answerable to the IRGC as the force in charge of security in the strategic waterway despite Washington’s latest wave of hostile measures against the Iranian nation.

Chairman of the General Staff of the Iranian Armed Forces Major General Mohammad Baqeri said no change has so far been reported in the conduct of US warships, commercial vessels and oil tankers, and they have up until now been responding to the IRGC’s questions as usual while sailing through the Strait of Hormuz

He said Iran wants the strait — through which nearly one-third of all oil traded by sea passes — to remain open and secure, warning that the country will not allow anyone to destabilize the waters.

The Iranian commander explained, “This does not mean [that we are going to] close the Strait of Hormuz. We do not intend to shut it unless the enemies’ hostile acts will leave us with no other option. We will be fully capable of closing it on that day.”

Iran has said it may close the Strait of Hormuz if prevented from using the waterway, which links crude producers in the Middle East to markets in Europe, Asia Pacific, North America and beyond.

In a recent interview with Reuters, Foreign Minister Mohammad Javad Zarif said that Iran was “not going to take any action” should the US continue observing the rules of engagement.