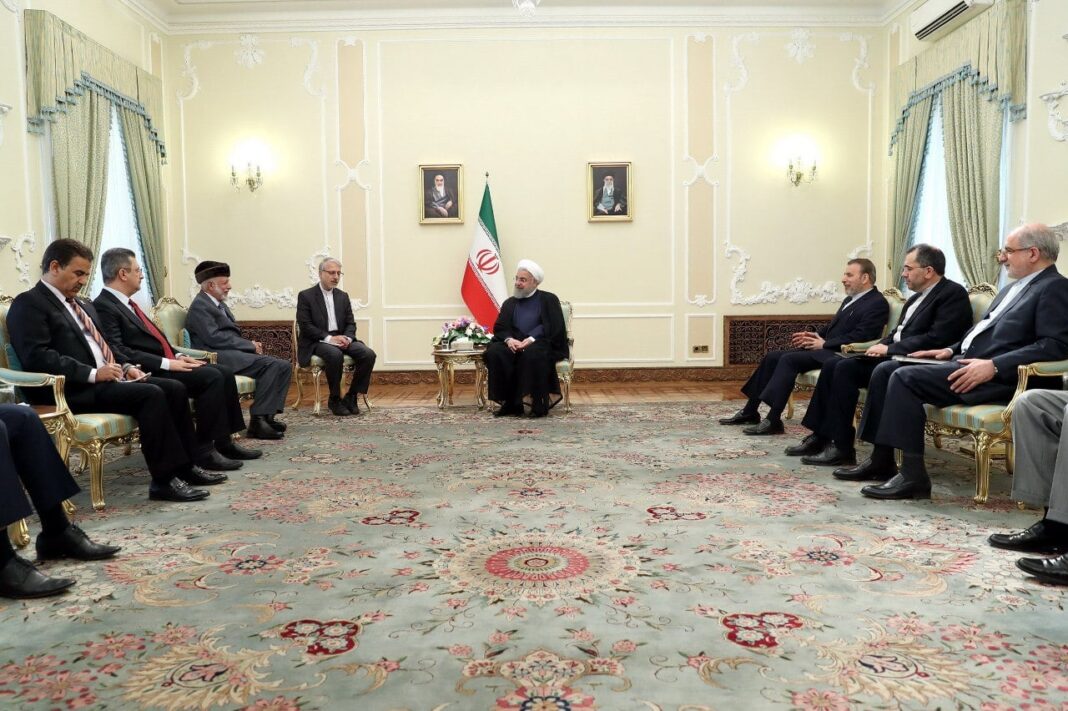 Iranian President Hassan Rouhani has highlighted the urgent need for ending the Saudi-led war on the innocent people of Yemen, saying Tehran and Muscat can play a crucial role in resolving the disastrous conflict.

Rouhani said the two governments must work towards promoting peace and stability in West Asia, as an unstable region harms its inhabitants the most.

The president expressed hope the two countries could help restore calm to Yemen and end bombardments and bloodshed in the poorest Arab country, as the humanitarian situation in the country is grave.

Bin Alawi, for his part, thanked the Islamic Republic for its efforts to strengthen peace and stability in the region, emphasizing the need for putting an end to various conflicts in West Asia.

“The clashes in Yemen have brought nothing but chaos and destruction for the region. We must try to end bloodshed there as soon as possible and provide humanitarian aid for the nation,” bin Alawi said.

The Saudi campaign has left thousands dead and millions on the verge of starvation.

Tehran, Muscat Resolved to Enhance Bilateral Ties
During the talks, Rouhani and the Omani diplomat also discussed bilateral issues. The Iranian President said Tehran is bent on strengthening bonds of friendship with Oman, stressing the need for greater efforts to boost “brotherly” relations between Tehran and Muscat.

“The Islamic Republic of Iran is determined to develop all-out relations with Oman,” Rouhani said.

The president added Iran and Oman ought to encourage entrepreneurs and businessmen to form partnerships and implement joint projects, through removing obstacles to banking relations and facilitating trips between the two countries.
“There are great opportunities in Iran for investment in various sectors, particularly petrochemicals, energy, steel, aluminum, railroads and ports, that Omani investors can take advantage of,” Rouhani said.

In turn, Bin Alawi said Oman has always sought close relations with Tehran and is satisfied with the harmonious course of relations between the two countries in recent years.

The top Omani diplomat said his government agrees that there is need for encouraging Iranian and Omani businessmen to work together, and is considering measures to pave the way for broader economic and cultural relations.