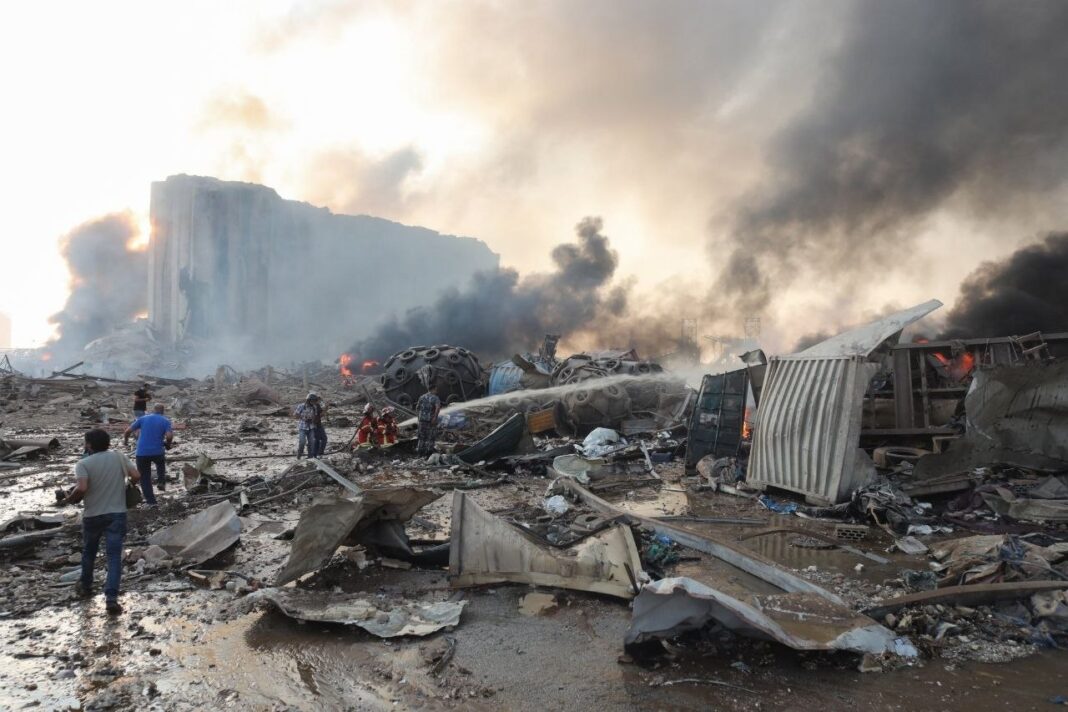 Iranian Foreign Ministry Spokesman Seyyed Abbas Mousavi has expressed regret over a massive blast that ripped through the Lebanese capital of Beirut, describing it as an "alarming" incident.

In a statement on Tuesday night, Mousavi said Iran is following up the news of the incident with deep sorrow.

He also underlined Tehran’s solidarity with the nation and government of Lebanon at these difficult and overwhelming conditions.

Lebanon is in mourning after a huge explosion in the capital Beirut killed at least 100 people and injured more than 5,000 others on Tuesday.

The whole city was shaken by the blast, which began with a fire at the port which exploded into a mushroom cloud.

President Michel Aoun said 2,750 tonnes of ammonium nitrate had been stored unsafely in a warehouse for six years.

He scheduled an urgent cabinet meeting for Wednesday, and said a two-week state of emergency should be declared.

The country will observe an official period of mourning for three days from Wednesday.