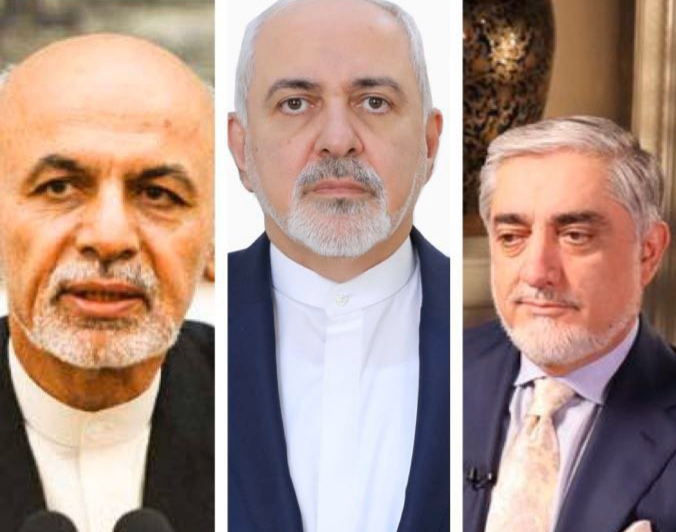 Iranian Foreign Minister Mohammad Javad Zarif has voiced Tehran’s support for the peace process in Afghanistan, saying Iran is ready to contribute to the settlement of the disputes that have arisen after the recent Afghan presidential election.

In the conversations, the Iranian and Afghan officials exchanged congratulations on the new year, and discussed the issues of mutual interest in the bilateral relations, the latest political conditions in Afghanistan, the disputes that have arisen after the recent presidential election in that country, the peace negotiations, the intra-Afghan talks, and the bilateral cooperation in the fight against coronavirus.

In the phone calls, Foreign Minister Zarif once again emphasized that the political structures based upon the Constitution of the Islamic Republic of Afghanistan are the pivots of the process of peace and national reconciliation in Afghanistan, and reaffirmed Iran’s support for the peace process with the participation of all political groups of Afghanistan within the framework of its Constitution.

In turn, Ghani and Abdullah expressed gratitude to the Islamic Republic of Iran for its supports, and welcomed Iran’s expression of readiness to contribute to the settlement of Afghanistan’s political problems.