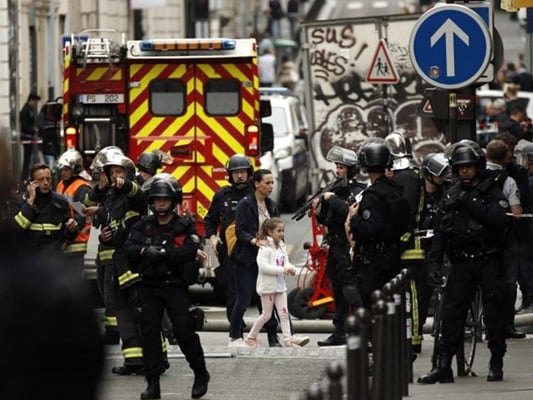 Iran’s Foreign Ministry Spokesman Bahram Qassemi says the country is ready to work with the French government over a hostage-taking incident which occurred in Paris on Tuesday.

Qassemi made the remark in reaction to news circulating on the incident and the claim that the hostage-taker had demanded to contact the Iranian embassy.

“Given the importance of humans’ lives and the humanitarian aspects of the issue, and if the French government and police deem it necessary and make a request, the Islamic Republic of Iran’s embassy in Paris is prepared to help and cooperate with the French government,” said Qassemi.

A gunman who had taken two people hostage in central Paris was arrested and his victims freed.

The four-hour long standoff began around 4.00pm (1400 GMT) on Tuesday as the hostage-taker entered the offices of a start-up company on the Rue des Petites Ecuries, a gritty area in the 10th arrondissement of Paris.

“Two hostages including one who had petrol poured on them have been freed,” police said.

At least one other man was lightly injured while fighting the hostage-taker and escaping before police arrived on the scene. One of the hostages was a pregnant woman.

Police said the motive for the attack was not clear, but there was no indication that the hostage-taker, who was described as unstable, had terrorism motives although authorities would not elaborate.

“Based on our initial investigations it could be a mentally unstable person whose motivations are still unclear,” a police source said.

Some reports said the Moroccan man, who was believed to be armed, claimed that he had a bomb in his possession and “wanted to send message to the Iranian embassy.”

France is still on high alert after a string of attacks claimed the lives of more than 245 people around the country over the past three years.

Authorities have lifted a state of emergency that had been in place just after the Paris attacks in November 2015, but soldiers continue to patrol major tourist sites and transport hubs on an anti-terror mission.