‘Iran Must Seize UK Oil Vessel If Tanker Not Released’ 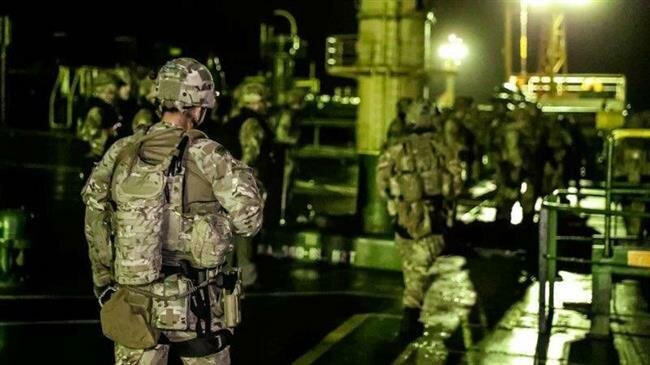 A senior Iranian official has called for the seizure of a British oil tanker in case London refuses to release the Iranian vessel it has illegally detained in Gibraltar.

“If Britain does not release the Iranian oil tanker, it is the authorities’ duty to make a reciprocal move and seize a British oil tanker,” said Major General Mohsen Rezaei, a top IRGC general and the secretary of Iran’s Expediency Council.

He said the Islamic Republic has never been the initiator of tension in its 40-year history, but it also will never hesitate to respond to bullies.

At the Foreign Ministry, Rob Macaire was told that the British Royal Marines’ move was tantamount to “maritime piracy”, and that the UK must immediately release the oil tanker.

It was also emphasized that the Islamic Republic of Iran will employ all its political and legal capacities to secure the release of the vessel and uphold its rights.

Spain, which challenges the British ownership of Gibraltar, said the action was prompted by a US request to Britain and appeared to have taken place in Spanish waters.

Experts believe the measure taken by the British government in seizing the Iranian tanker is illegal and can have serious consequences for the government in London.

The US has pledged to reduce Iran’s oil exports to “zero” as part of the sanctions that it reinstated after leaving a multilateral nuclear deal with Iran last year. Both Washington’s withdrawal from the deal and its reintroduction of the sanctions came while the accord has been ratified in the form of the United Nations Security Resolution 2231.