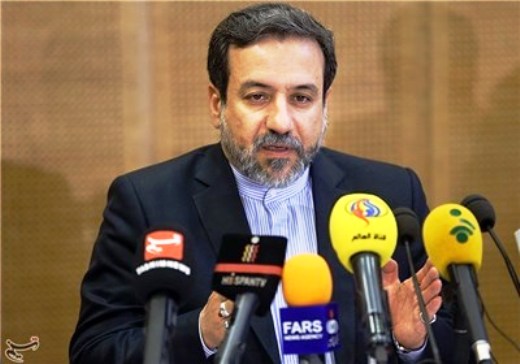 Iran’s deputy foreign minister, Abbas Araghchi, hopes a new path could be opened in nuclear talks in Vienna in mid-October.

Iran’s deputy foreign minister, Abbas Araghchi, on Friday expressed hope that a new path will be opened in next week’s nuclear talks in Vienna.

“In next week’s negotiations in Vienna we will discuss key issues like the (anti-Iran) sanctions and ways for lifting them as well as the dimensions of (nuclear) enrichment,” Araghchi, who is also one of Iran’s top nuclear negotiators told reporters in northeastern holy city of Mashhad, adding, “We hope we can open a new path (in the nuclear talks)”.

“The talks have reached sensitive stages,” he said.

He also noted that Iran expected progress in New York talks but it did not happen.

“Nonetheless,” Araghchi underlined, “the (negotiating) sides are very serious and we hope to make the most of the negotiation time.”

He further announced that negotiations on Iran’s civilian nuclear activity will resume in the Austrian capital of Vienna on Tuesday, October 14 and run until Wednesday, October 15.

Nuclear negotiators representing Iran and the Group 5+1 (Russia, China, US, France, Britain and Germany) wrapped up the latest round of talks on Tehran’s civilian nuclear program in New York on September 26 without making any tangible progress.

Earlier this week, Michael Mann, the spokesman for the European Union Foreign Policy Chief Catherine Ashton, said Ashton, Iran’s foreign minister and US secretary of state are scheduled to hold a trilateral meeting in Vienna.

“In the framework of the E3/EU+3 (G 5+1) negotiations with Iran on its nuclear program, which she leads, High Representative Ashton will on Tuesday October 14 hold bilateral talks in Vienna with Iranian Foreign Minister Mohammad Javad Zarif. Following the bilateral meeting, they will be joined by US Secretary of State John Kerry for a trilateral meeting on Wednesday, October 15,” Michael Mann said on Wednesday.