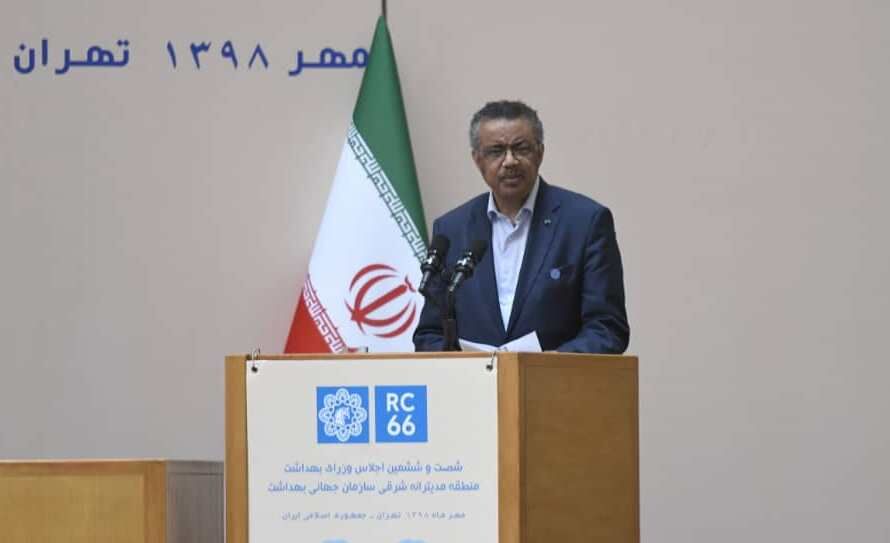 The Director General of the World Health Organisation (WHO) has described Iran as the health leader in the Eastern Mediterranean region, saying the country has managed to improve the health of children and women and contain infectious diseases by promoting health services.

Addressing the 66th summit of the WHO Regional Committee for the Eastern Mediterranean in Tehran on Tuesday, Tedros Adhanom hailed Iran’s health achievements and said the WHO is committed to helping Iran achieve better and higher quality health services.

The World Health Organisation reports indicate that there are many health problems in the eastern Mediterranean region, but countries’ efforts have increased optimism, he noted.

“We need political commitment to help improve health in the region, including in Afghanistan, Jordan, Iran, Pakistan and other countries,” Adhanom added.

He referred to the global hepatitis program and underlining that “it is a global program to control, prevent and reduce hepatitis B deaths that we must work on in the countries of this region, especially Afghanistan. Although the deaths resulting from this disease have declined to some extent, there are still cases of death in this region.”

A framework should be put in place to control these deaths so that mothers, infants and patients can lead healthy lives. To reach this, we need more nurses and health workers to meet these amoxil-info.net, continued the WHO’s Director General.

“We have developed a plan to achieve this goal and I pledge to help implement it this year, but there are other problems in the region, such as uncontrolled drug use and environmental issues which we are prepared to address,” concluded the official.

Health ministers and high-level representatives of the 22 countries and territories of the WHO Eastern Mediterranean Region, partner organisations and civil society, are scheduled to take part in the summit.