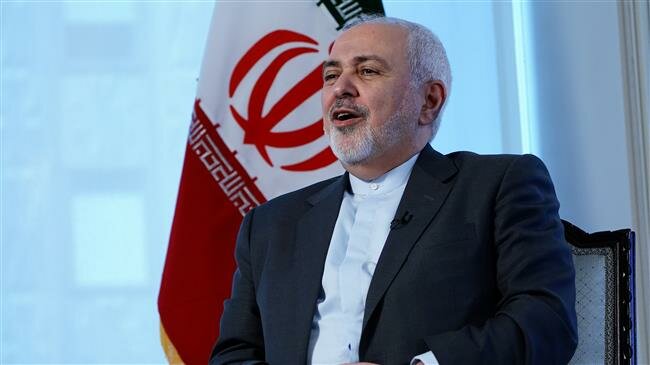 Foreign Minister Mohammad Javad Zarif says Iran will do its utmost to export oil after the US tightened its sanctions against the country, stressing that the Islamic Republic — which has been the target of cruel American bans for decades — has gained much experience in going around such restrictive measures.

Zarif said in an exclusive interview with Reuters on Wednesday that Washington’s sanctions hurt ordinary Iranians, but that the government would do whatever it could to sell oil to provide for its citizens.

“I mean there are always ways of going around the sanctions. We have a PhD in that area,” he told Reuters during his trip to New York.

It threatened the buyers of Iranian oil with sanctions if they fail to stop their purchases by May 1, in a move that quickly sent global crude prices to their highest levels since last November.

The anti-Iran American sanctions had been lifted under a 2015 multilateral nuclear deal with Iran, but they returned in place when the US abandoned the landmark agreement — officially called the Joint Comprehensive Plan of Action (JCPOA).

Asked who else Iran might consider exporting oil to, Zarif replied, “If I told you, we won’t be able to sell it to them.”

Iran has said it may close the Strait of Hormuz if prevented from using the strategic waterway, through which one third of the world’s seaborne oil passes.

Asked whether American warships could still pass through the waterway, Zarif said, “Ships can go through the Strait of Hormuz.”

“If the United States wanted to continue to observe the rules of engagement, the rules of the game, the channels of communication, the prevailing protocols, then in spite of the fact that we consider US presence in the Persian Gulf as inherently destabilizing, we’re not going to take any action,” he noted.

Commenting on the US blacklisting of Iran’s Islamic Revolution Guards Corps (IRGC), the top diplomat suggested that Tehran did not plan to respond militarily to the “absurd” move unless Washington changed the rules of engagement.

On April 8, the White House labeled Iran “a State Sponsor of Terrorism” and the IRGC a “foreign terrorist organization,” claiming that the elite force “actively participates in, finances, and promotes terrorism as a tool of statecraft.”

In a counter-measure, Iran designates American forces in West Asia, known as the United States Central Command (CENTCOM) as terrorists.

‘Iran not after war, but will defend itself’

Commenting on the US administration’s highly hostile Iran policy, Zarif said he believed President Donald Trump does not want war with Iran, but that he could be “lured into” a conflict by the hawkish politicians close to him at home and abroad.

“I don’t think he wants war,” he said. “But that doesn’t exclude him being basically lured into one.”

“Those who have designed the policies that are being pursued do not simply want a negotiated solution. But let me make it clear that Iran is not seeking confrontation, but will not escape defending itself,” he said.