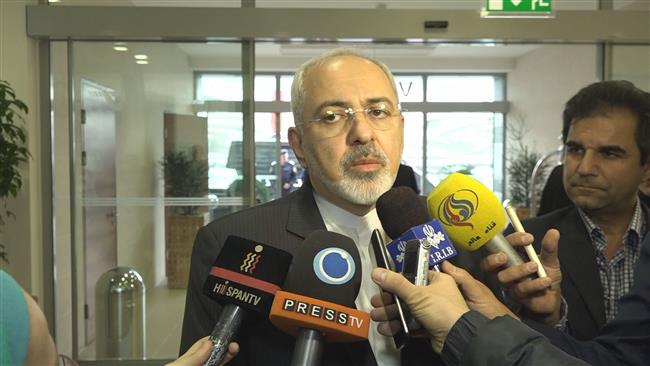 Iran has called for an end to meddling in Syria’s domestic affairs, saying the issue of foreign interference will be raised in the upcoming peace summit in Vienna, Press TV reports.

Iranian Foreign Minister Mohammad Javad Zarif made the remarks upon his arrival in the Austrian capital city of Vienna on Thursday.

Respecting the territorial integrity and national unity of Syria should be top on the agenda of the Syria talks, said Zarif, adding, “Non-interference in the internal affairs of Syria [and] combating terrorism and extremism,” must also be among common objectives of all participants in the negotiations if they really want to address the crisis in the Middle Eastern state.

The top Iranian diplomat further emphasized that the Islamic Republic has attended the negotiations to work for a solution to the conflict in Syria and hopes all others participants “are here for the same reason.”

The international talks on the Syrian turmoil are expected to take place in Vienna on October 30. The negotiations will bring together about a dozen countries including Iran, the first time such appearance by the Islamic Republic in a meeting on Syria.

Elsewhere in his remarks, the Iranian foreign minister said no preconditions had been set for Iran’s attendance in the Vienna talks, adding that Tehran would never partake in the conference if there were such requirements.

The parties involved in efforts to end the violence in Syria have apparently come to the conclusion that “no reasonable and logical” solution could be found to the crisis without the Islamic Republic, added Iran’s top diplomat. 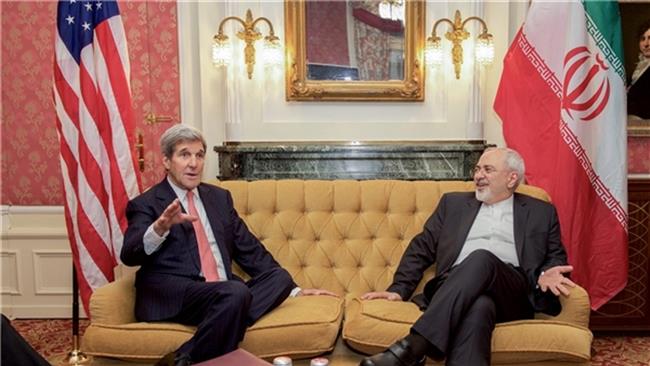 Zarif and US Secretary of State John Kerry met in Vienna on Thursday evening ahead of the Syria negotiations and discussed the implementation of the Joint Comprehensive Plan of Action (JCPOA) reached between Iran and the P5+1 group of countries over the Islamic Republic’s nuclear program.

The Iranian foreign minister also met his Russian counterpart, Sergei Lavrov, where the two sides stressed the need to combat terrorism and extremism as well as political process, national dialogue and foreign non-interference in Syria.

Zarif and EU foreign policy chief Federica Mogherini will also meet later on Thursday. Their talks will focus both on the JCPOA as well as regional issues.