Iran FM Says There’ll Be No War with US 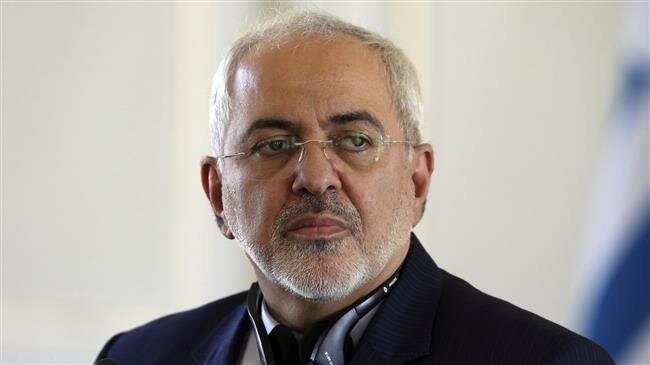 Iranian Foreign Minister Mohammad Javad Zarif has expressed confidence that no war would break out in the Middle East amid rising tensions between Iran and the United States.

“As Leader of the Islamic Revolution has also announced, we are certain that no war will break out because neither we want a war, nor has anyone the idea or illusion that it can confront Iran in the region,” Zarif told the Islamic Republic News Agency (IRNA) before ending his visit to Beijing, China, on Saturday.

“However, it is necessary for the people of the United States to realize the dangerous moves inside the country.”

Leader of the Islamic Revolution Ayatollah Seyyed Ali Khamenei on Wednesday ruled out the possibility of war between the United States and Iran, saying Washington knows engaging in such a conflict would not be in its interest.

Zarif further emphasized that US President Donald Trump does not want war but there are people around him who are pushing him towards war under the pretext of making America stronger against Iran.

The US president has ordered his administration to avoid a military confrontation with Iran, the New York Times and Reuters have reported.

The Times reported Friday that Trump, during a Wednesday morning meeting in the Situation Room, sent a message to his hawkish aides that he does not want the US pressure campaign against Iran to explode into an open conflict.

“Trump was firm in saying he did not want a military clash with the Iranians,” read the paper citing five senior officials who described the administration’s internal debate over Iran.

Tensions mounted between Tehran and Washington last May, when President Trump pulled his country out of the 2015 nuclear deal with Iran, officially known as the Joint Comprehensive Plan of Action (JCPOA), and re-imposed harsh sanctions against the Islamic Republic in defiance of global criticisms.

The tensions saw a sharp rise on the first anniversary of Washington’s exit from the deal as the US moved to ratchet up the pressure on Iran by tightening its oil sanctions and sending military reinforcements, including an aircraft carrier strike group, a squadron of B-52 bombers, and a battery of patriot missiles, to the Middle East.

On May 5, US National Security Advisor John Bolton — an ardent Iran hawk — said the deployment was in response to a “troubling and escalatory indications” of Iranian activity in the region, without giving details or evidence to support the claims.

In an interview with America’s National Public Radio (NPR) released on Thursday, Iran’s Ambassador to the United Nations Majid Takht-e Ravanchi said Iran will not take steps towards the escalation of tensions in the Middle East, but will stand ready to defend itself against any act of aggression.

“We are not interested in the escalation of tensions in our region, because if something goes wrong, everybody will lose, including Iran, including the US, including all the countries in the region,” said the senior diplomat.