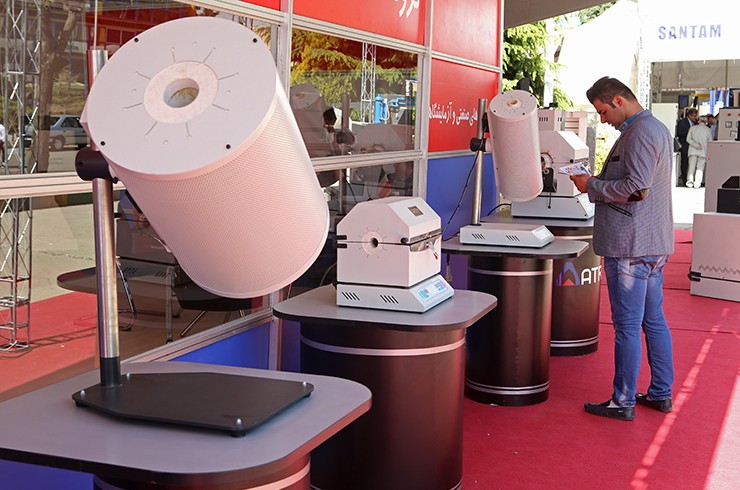 Iranian Vice-President for Science and Technology Affairs Sorena Sattari says the country has begun exporting nano-products and equipment to such developed countries as South Korea.

Speaking to reporters on the sidelines of a nanotechnology exhibition in Tehran, Sattari declared that the Islamic Republic has started exporting nano-equipment to some modern countries such as China and South Korea, which are pioneers in this industry.

He said Iran’s nano-exports are mostly related to industry and laboratory sectors, describing the start of exports as a very pleasing event for the country.

Sattari referred to the nanotechnology exhibition held annually in Tehran and said it has always been coupled with innovation.

“Currently, more than 300 companies are active in the field of nanotechnology,” he went on to say, according to a Farsi report by IRNA.

He said last year, the sales of nano-products by Iranian companies exceeded Rls. 8800 bn, which, as he added, is a record. He also expressed hope the trend will gain momentum this year.

The top official also said investors have welcomed putting their money into the field of nanotechnology as it has considerable profit for them.

Sattari noted the nanotechnology field in Iran covers a range of activities and products from the student level to production and exports.

“This planning was the reason behind Iran securing the fourth spot in the world in terms of presenting scientific articles, and this is a great honour.”

The official says many companies active in this field belong to top contestants in previous years’ competitions and Olympiads, who have been able to commercialize their ideas.

“In order to develop and commercialize nano-products, we need to devise an ecosystem to further encourage the private sector to step in.”

The Nanotechnology Development Commission is holding a festival and exhibit on nanotechnology in keeping with the objectives of a national strategic plan aimed at developing nanotechnology and in a bid to introduce the latest achievements in this field.

The 10th Nanotechnology Festival which runs from October 6-9, 2017, in Tehran brought together 160 institutions operating in the field. They include students’ associations, scientific institutions, universities, research centres and companies offering relevant services.