Iran DM Rejects US Video of Oil Tankers as ‘Undocumented’ 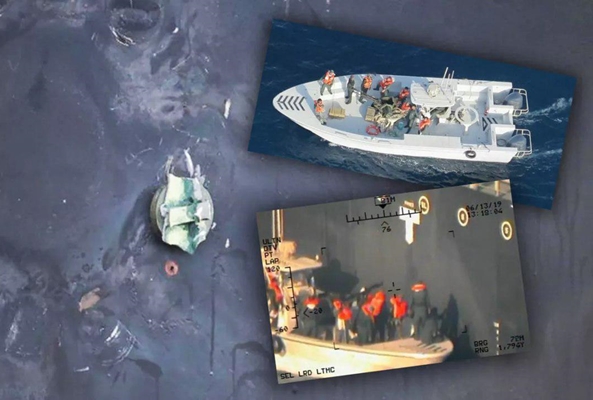 Iran’s defence minister has dismissed as “undocumented” a video released by the US military which allegedly shows an Iranian boat removing what the US calls “a mine” from the two oil tankers recently hit by explosions in the Sea of Oman.

Brigadier General Amir Hatami said Iran rejects outright the accusation levelled against the country on the basis of the footage.

“Following the oil tankers incident, the [Iranian] Armed Forces and the Ports Organization were among the first troops to approach the oil tankers to help, and they saved 23 people on the first oil tanker,” the defence chief said.

“When our forces went to the second oil tanker to help, its crew members said another vessel had already come to their aid, which means the Americans had, before us, gone to the area where they claim the video had been recorded,” he said.

Last Thursday, the US Central Command (CENTCOM) released the video purportedly showing “Iranian sailors” removing a mine from the Japanese-owned Kokura Courageous’ hull.

European governments — except for Britain — also refused to accept the US’ narrative that Tehran was to blame for the “suspicious” attacks.