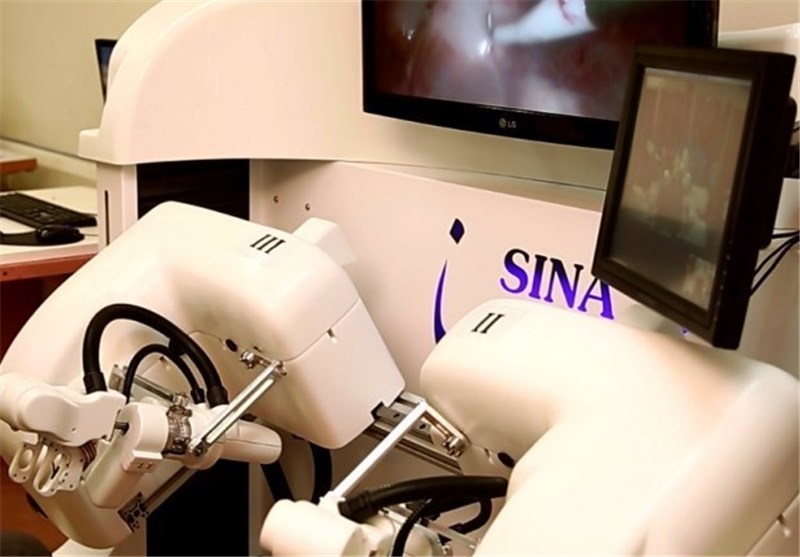 An Iranian company says it has produced the equipment required for conducting robotic surgery at a very low cost.

Sina Company, the developer of the robotic surgeon, says the invention has been registered in the United States and China.

It said the company intends to sell the product at the global market in a bid to significantly reduce the global cost of robotic surgery, as these surgeries are very expensive now and only rich countries can afford them.

This Iranian product needs to obtain local certifications in various parts of the world. For example, Europe needs CE, China needs CFDE, and the United States needs FDA. Thus, Sina Company’s strategy is to enter into negotiations with local partners so that they can invest locally. They can act independently to receive the necessary certificates and enter regional markets later on.

The cost of robotic surgeries is tens of times more than open surgery; therefore, people across the world cannot afford the expenses.
Looking at the trend of surgical changes, one can see that laparoscopic surgery was officially introduced about 40 years ago. In this type of operation, instead of opening the abdomen and creating a 20cm hole, a few 5mm holes are made in the abdomen, and with rod-shaped arms the surgeon carries out the operation.

Currently, there are some surgeries that cannot be performed through laparoscopic methods because of their complexity. However, using robotic surgery, the same procedures can be performed with minimal damage similar to laparoscopy.
There are several serious problems with open surgery. First of all, the accuracy of the surgeon’s hand is limited, and the surgeon gets tired in the long run; therefore, fatigue increases the possibility of error.

The next problem is the non-ergonomic position of the surgeon, which causes spinal problems, as well as joint, neck, and wrist and elbow pain.
That’s why researchers have been thinking about replacing open surgery with robotic ones since about 20 years ago. These systems do not perform the surgery themselves, but the surgeon performs the surgery by commanding the systems.

The advantage of this method is that the surgeon sits in an ergonomic position, thus fatigue and the possibility of errors is reduced. Secondly, the surgeon’s hand trembles are filtered and not transmitted. Thirdly, the system scales the movements of the hand. That is, if the surgeon’s hand moves one centimetre, the system moves one millimetre inside the patient’s body. As a result, the accuracy of the movement is ten times more, and the errors are reduced by one tenth.

At the moment, over 10 percent of abdominal surgeries in Europe and the United States are performed through this method. That’s more than a million surgeries a year.