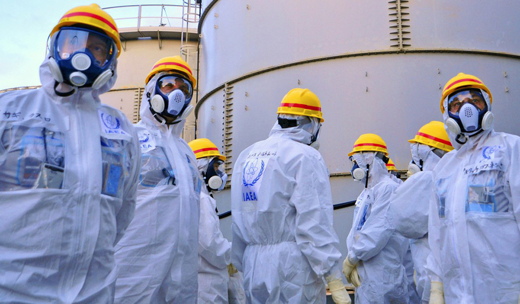 Iran has refuted IAEA accusations about the possible military dimensions of its nuclear energy program.

In a statement issued by Iran’s permanent mission to the IAEA on Tuesday, Tehran dismissed the allegations made by the UN watchdog over the possible military dimensions (PMD) of its nuclear energy program.

This is while Tehran has offered “pieces of evidence” during meetings with IAEA officials in October and November, proving that the agency’s accusations are fabricated, added the statement.

The IAEA’s documents “are full of mistakes and contain fake names with specific pronunciations [spellings], which only point toward a certain member of the IAEA as their forger,” read the statement.

The statement came in reaction to a report released by IAEA last month that called on Tehran to step up cooperation with the agency’s investigation in order to address moot points regarding Iran’s nuclear energy program.

In their last round of talks, Iran and P5+1 – Russia, China, Britain, the US, France plus Germany – wrapped up a week of intense closed-door nuclear negotiations in Vienna on November 24. The talks aimed to tackle the remaining obstacles that exist in the way of reaching a final agreement.

At the end of the talks, the two sides decided to extend their discussions for seven more months. They also agreed that the interim deal they had signed in the Swiss city of Geneva last November should remain in place during the remainder of the negotiations until July 1, 2015.