Iran Can Repeat Crushing Response to US Drone Incursion: Commander 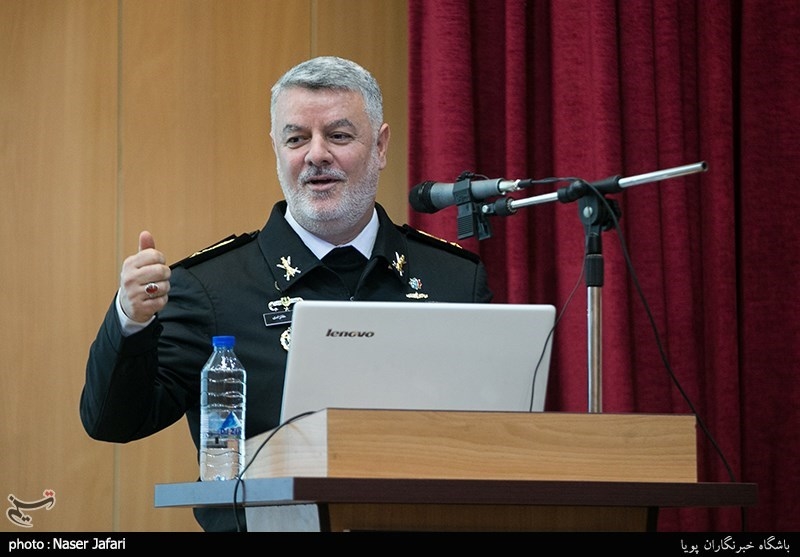 Commander of the Iranian Navy Rear Admiral Hossein Khanzadi hailed a recent move by the Islamic Revolution Guards Corps (IRGC) to shoot down an intruding US spy drone as a “crushing response” and said it can be repeated anytime.

“The enemy dispatched its most sophisticated, smartest and most complicated surveillance aircraft to the banned area, and everyone saw the shooting down of the unmanned aerial vehicle (UAV),” Rear Admiral Khanzadi said in a speech in the southern province of Fars on Monday.

“We confidently say that this crushing response (to the intrusion) can be repeated …, and the enemy is aware of this,” the commander added.

Relying on the revolutionary youths of the Islamic Republic, the country has reached a point where it can powerfully stand on its own feet, establish regional security, and cut the enemy’s hands from the region, Rear Admiral Khanzadi went on to say.

The IRGC said on Thursday that a US spy drone that violated the Iranian territorial airspace in the early hours of the day was shot down by the IRGC Aerospace Force’s air defense unit near the Kooh-e-Mobarak region in the southern province of Hormozgan.

In comments made a few hours after the incident, IRGC Commander Major General Hossein Salami said the shooting down of the US aircraft had a straightforward message that any foreign intrusion into Iran’s sovereign territories would draw a crushing response.

“The downing of the US drone had an explicit, decisive and clear message that defenders of the Islamic Iran’s borders will show decisive and knockout reactions to aggression against this territory by any alien,” he said.

“Borders are our redline, and any enemy violating these borders will not go back,” the commander underlined.

He also made it clear that Iran is not seeking war with any country but is fully prepared for any confrontation. “Today’s incident was a clear sign of such a precise message.”

The general also reminded the enemies that the only way for them to remain safe is to respect Iran’s territorial integrity, national security and vital interests.