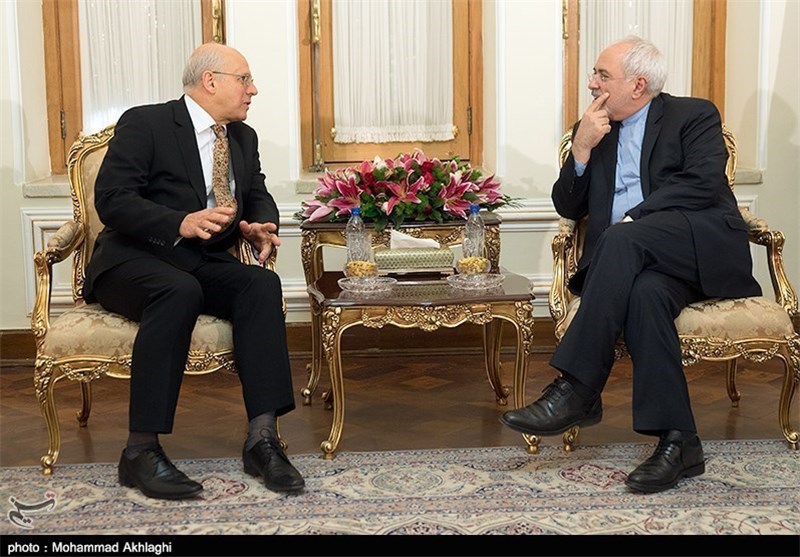 Iranian Foreign Minister hoped the “new developments” and upcoming termination of anti-Iran sanctions under JCPOA would help expand relations between Tehran and Sarajevo.

Iranian Foreign Minister Mohammad Javad Zarif and Bosnia and Herzegovina’s new ambassador to Iran stressed the need for the expansion of bilateral relations in light of a lasting nuclear deal recently finalized between Tehran and six world powers.

The new Bosnian envoy, Kemal Muftić, met Foreign Minister Zarif in Tehran on Sunday to submit a copy of his credentials.

During the meeting, Zarif hoped that the “new developments” and upcoming termination of anti-Iran sanctions under the Joint Comprehensive Plan of Action (JCPOA) would help expand the political, economic, cultural and parliamentary relations between Tehran and Sarajevo.

For his part, Muftić expressed optimism that the two countries would take “new strides” in bilateral ties considering Iran’s progress and the new developments ushered in by the JCPOA.

Iran and Group 5+1 (Russia, China, the US, Britain, France and Germany) on July 14 reached a conclusion on the lasting nuclear agreement that would terminate all sanctions imposed on Tehran over its nuclear energy program after coming into force.