Iran Arms Embargo to Be Lifted by 2020 If JCPOA Saved: Rouhani 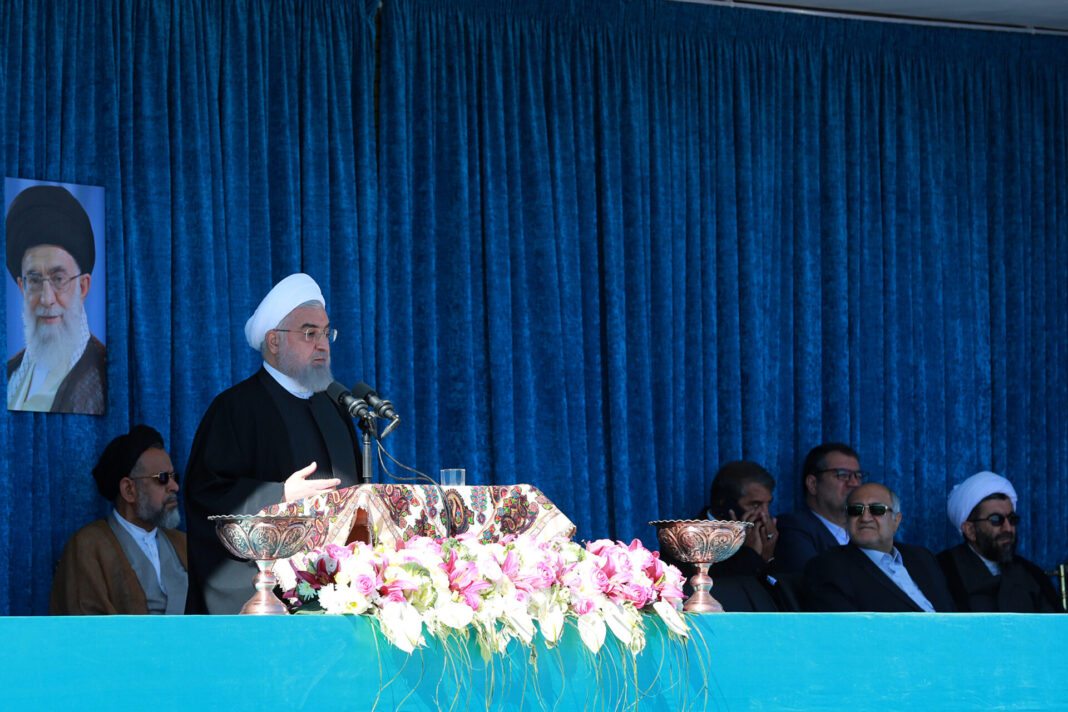 The arms embargo against the Islamic Republic will be lifted next year if the 2015 nuclear deal with world powers survives, says Iranian President Hassan Rouhani, describing it as a great achievement.

“With the continuation of the JCPOA, next year we will achieve a very great political, security, and defence goal,” he told a huge crowd of people in Kerman province, southern Iran, on Monday.

“Based on this agreement (JCPOA) and the UN Security Council Resolution 2231, if we keep this JCPOA, next year the arms embargo against Iran will be lifted,” he added.

The nuclear deal was reached in Vienna in July 2015 between Iran and the P5+1 group of states — the US, Britain, France, Russia, and China plus Germany. It lifted nuclear-related sanctions against Tehran, which, in turn, voluntarily changed some aspects of its nuclear energy program.

The US, however, left the accord in May last year and reinstated its unilateral sanctions against Iran. The Islamic Republic, in turn, has decided not to leave the JCPOA for now, but to start reducing its commitments under the JCPOA in a bid to force other parties to fulfill their commitments.

One of the major benefits of the deal for Iran is the end of decades-long arms embargoes on the country.

US Secretary of State Mike Pompeo recently pushed the international community to work out how to stop Iran when a United Nations arms embargo on the country expires in October 2020.

Iran has taken great strides seeking to attain self-sufficiency in producing essential military equipment and systems in the face of decades-long sanctions and arms embargoes on the country.

The country consequently produces a wide variety of advanced weapons systems and equipment based on its own technological capabilities.