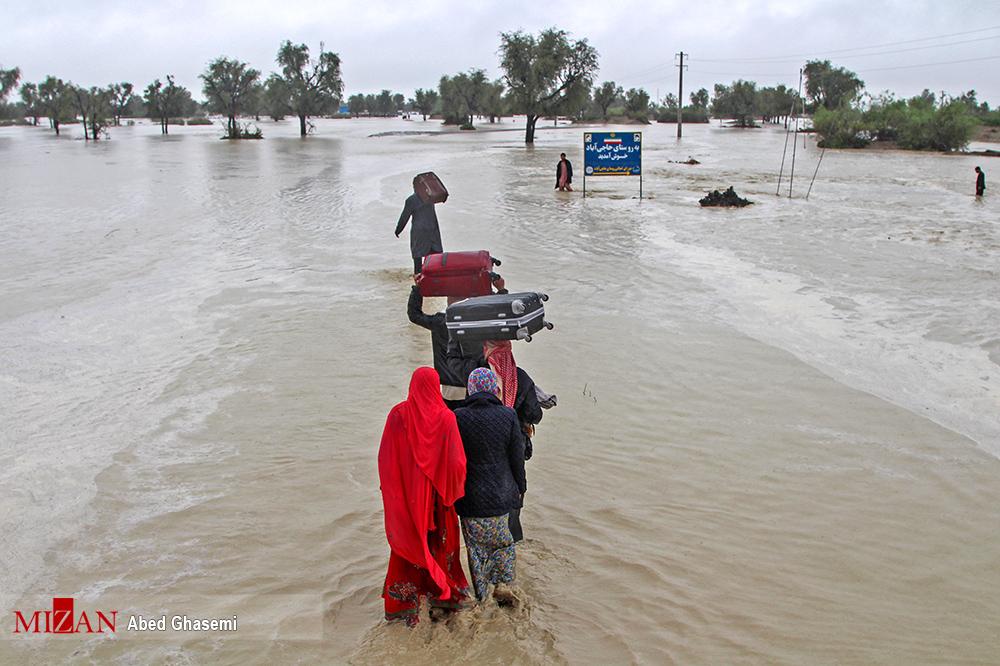 Heavy floods in Sistan and Baluchestan, an already underdeveloped province in south-east of Iran, as well as two adjacent provinces have so far killed one, wounded several, and displaced thousands of others.

The severe rainfall and flooding blocked roads, destroyed houses and displaced thousands of people in southeastern provinces of Kerman and Sistan and Baluchestan as well as Hormozgan Province in the south over the past two days.

Morteza Salimi, the head of Rescue and Relief Organization of Iran, says one person has lost his life and another one remains missing. Several others have also been injured, according to reports.

In some 40 town and villages in Sistan and Baluchestan, authorities rescued at least 1,248 people and provided emergency accommodation for some 327 people.

What follows are photos of the disaster: