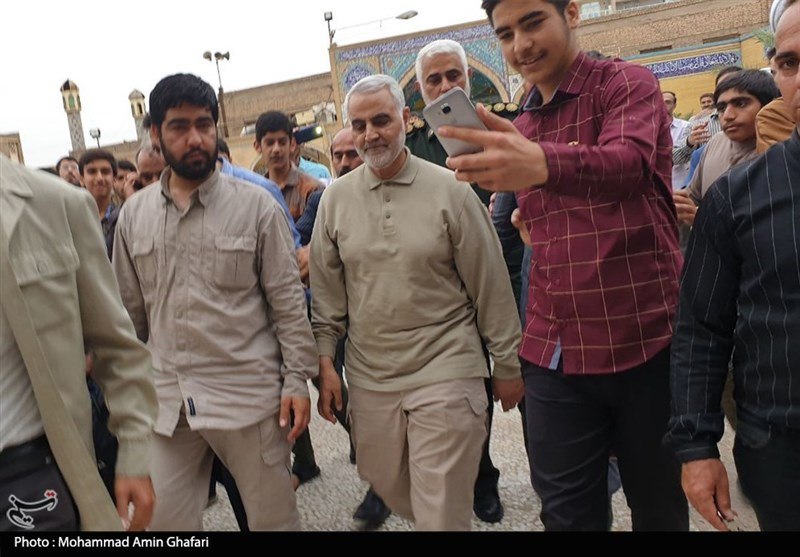 IRGC Quds Force Commander Major General Qassem Soleimani has urged all popular forces who long to fight against terrorism in Syria to come to the flood-stricken regions in south-western Iran and help the affected people.

General Soleimani made the remarks during a visit to the flood-hit areas of Khuzestan province.

He said that helping the people of Khuzestan is like defending the holy shrines in Syria and defending the Iranian territory during the eight-year war against Iraq.

“At the moment many youths are insisting to be deployed to Syria to defend the holy shrines, but helping people in Khuzestan is the same as defending the holy shrines because nothing is more important than preserving the dignity of a human being,” added the senior commander.

“I was impressed by the efforts of people in Khuzestan. Although the government insists on evacuating, they are resisting with preliminary equipment. I think we have passed the main wave of the crisis, but at the same time we must help people not to be disturbed.”

One of the worst-hit areas is southern Khuzestan province where fresh flood warnings have been issued to the people.

Evacuation orders remain in place for homes near river banks and in areas at high risk of flooding. Large areas remain inundated as the affected citizens are trying to cope with the situation.