Gen. Soleimani Says Iran Won’t Sit for Talks with US 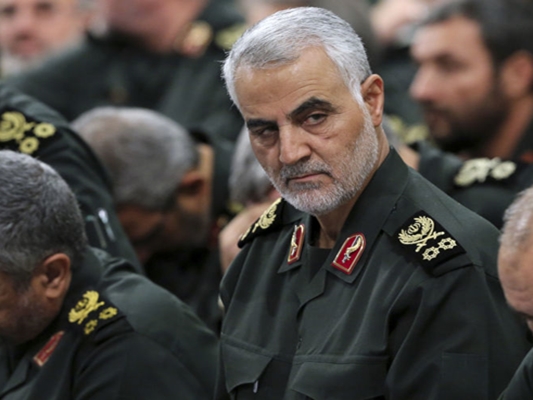 Senior Iranian Commander Major General Qassem Soleimani says the US wants to drag Iran to the negotiating table with economic pressure, but sitting for talks with the enemy under the current circumstances means “submission”.

Speaking in a Monday meeting with a group of police commanders, General Soleimani said

“vigilant and intellectual Iranian people believe holding negotiation with the enemy at this juncture would mean submission.”

“We will definitely not accept to do such humiliating act,” said General Soleimani, the commander of the Quds Force of Iran’s Islamic Revolution Guards Corps (IRGC).

He said the way to tackle the enemy’s economic pressure is to implement the Resistance Economy (economic resilience) strategy as recommended by Leader of the Islamic Revolution Ayatollah Seyyed Ali Khamenei.

“After 12 years of conflict and negotiations with the US, we reached an agreement, but this strange and weird creature pulled out of the deal,” said the top parliamentarian, referring to US President Donald Trump.

He said some people are naïve and believe Iran should sit down for talks with the US at this juncture.

“[US President Donald] Trump should realize that he has been facing a tough rival, and he will not stop his actions against Iran until he runs into a brick wall,” he said.

He noted Washington speaks to countries with the language of “submission and humiliation.”

Recently, Iranian Foreign Minister Mohammad Javad Zarif floated the idea of a prisoner swap between Iran and the US. In an interview with Fox News, Zarif also implicitly expressed Tehran’s readiness for talks.

In his Monday comments, Larijani also touched upon possible negotiations between Iran and Saudi Arabia.

“We haven’t said we won’t talk with the Saudis, but we cannot be too lenient when they show animosity because they would try to gain more ground,” he said.