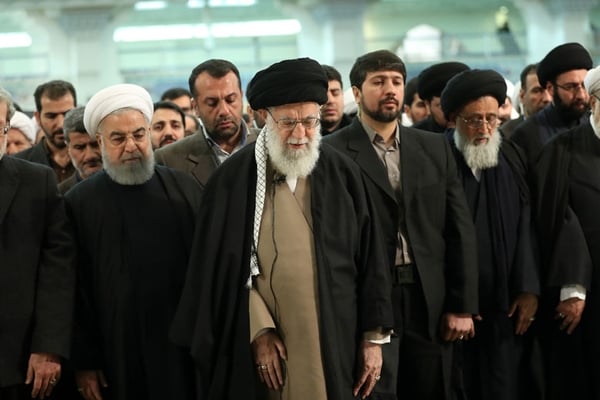 A huge crowd on Wednesday attended the funeral ceremony held for Ayatollah Mahmoud Hashemi Shahroudi, the 70-year-old chairman of Iran’s Expediency Council and former Judiciary chief who died in Tehran on Monday.

The procession was held after the Leader of Islamic Revolution Ayatollah Seyyed Ali Khamenei led mass prayers for the body of the deceased cleric.

The ceremony was attended by the heads of the three branches of power, top governmental, clerical and the army officials, IRNA reported.

An official commemoration ceremony is to be held on Wednesday.

Ayatollah Shahroudi, who had spent over 40 years in politics, was also a key member of Iran’s Guardian Council for years.

His death received considerable attention and captured headlines in many news outlets. Wednesday was declared a day of national mourning in Iran.

His body is to be taken in a procession to the resting place, the holy shrine of Hazrat Massoumeh in the city of Qom near Tehran.