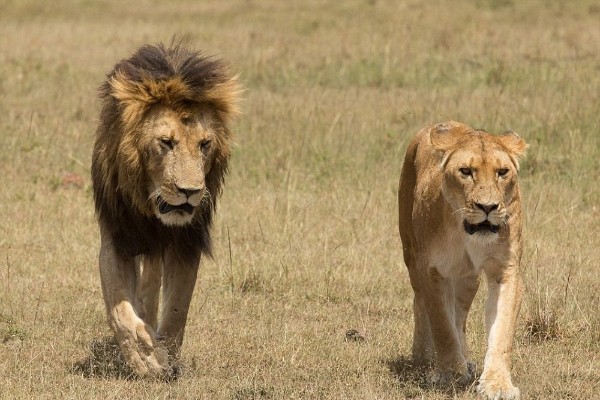 A Persian lioness named Eilda has been taken from Dublin, Ireland, to the Iranian capital of Tehran to join her male companion Kamran, and help reproduce and re-introduce the world’s last ranging population of Persian lion to their original habitat.

Born in 2015, Eilda is from a special breed of lions of whom there are only 400 living ones across the world.

“The visit of Eilda to Tehran comes in the wake of an agreement between Tehran and Dublin zoo officials for reproducing the race,” a report by Islamic Republic News Agency said
Iran lost its last Asiatic or Persian lion almost 80 years ago. The lion became extinct in the country due to indiscriminate hunting and habitat loss.

However, the Persian lion Kamran was sent from Britain’s Bristol Zoo to Tehran’s Eram Zoo in order to save the rare cat by reproducing it in the country.

Iranian officials say they are planning new measures for conservation and recovery of Persian lion. Persian lion has now gone extinct in Iran and there are no confirmed modern records of lion presence in the country. Some say the lions that still live in India are the same lions that once were living in Iran.