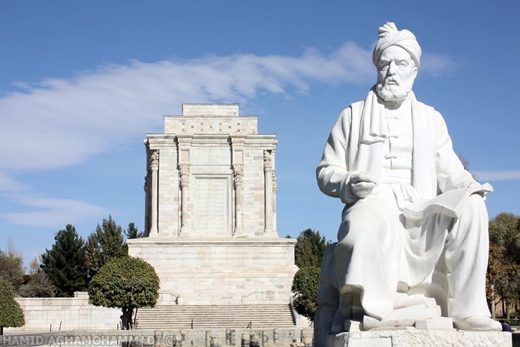 Mir Jalaleddin Kazzazi, a Persian literature professor and a Shahnameh expert, says Ferdowsi’s Shahnameh explains a type of unconscious which has its roots in the lineage of the Iranians.

Mir Jalaleddin Kazzazi, an outstanding master of Persian literature who is known for his works on Shahnameh [The Book of Kings] – Ferdowsi’s long epic poem – has said that Shahnameh shows the unconscious of the Iranians which is part of their lineage.

Resalat daily on May 21 published a report on what Kazzazi said – in a ceremony in Semnan to commemorate Ferdowsi – about the Persian myths and his new definition of the unconscious. The following is the translation of the report:

The myths of different lands are not mere fantasies with untraceable background. If we want to properly learn about a nation, the only way is to dig up its ancient myths.

People can psychoanalyze the history through studying the myths. While the history talks about the conscious and traditional methods, people’s unconscious can be traced back to their myths.

Myths make up people’s internal history and their broad, institutionalized unconscious. Based on what Carl Gustav Jung [a Swiss psychiatrist and psychotherapist who founded analytical psychology] says, unconscious falls into different groups: individual, collective and universal.

Myths come from genealogical and collective unconscious. They are not created overnight. It takes millenniums to create a mythical symbol.

M. J. Kazzazi, who is a professor of literature at Allameh Tabatabaei University, is also a renowned expert in Iranology. He was named a Memorable Figure in 2005 for his contribution to Persian culture and literature.
› Subscribe
Share
Facebook
Twitter
ReddIt
Email
Print
Telegram
WhatsApp
VK
LINE
Viber