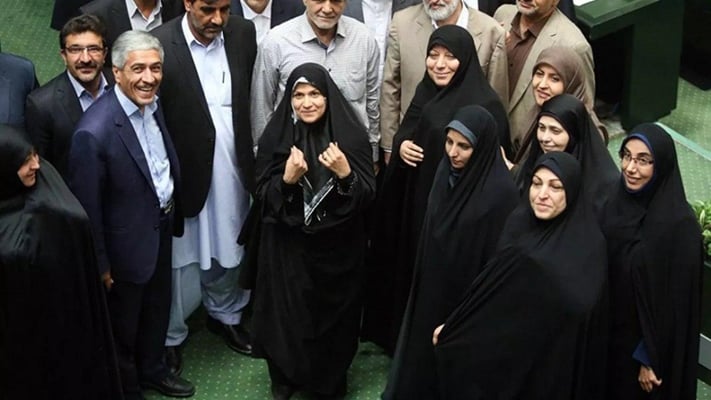 Head of the Iranian Parliament’s Women Faction says female lawmakers are considering a motion that sets a quota for women parliamentarians, in a bid to boost the participation of women in the Iranian politics.

“According to a [draft] motion the faction and the parliament’s research centre are working on, we seek to allocate a quota of seats for women,” Parvaneh Salahshouri told IRNA on Saturday.

In the current parliament, women have the largest share of seats in the history of the Islamic Republic’s parliaments. The previous record belonged to the fifth parliament that had 14 women legislators.

“The victory of 17 women in the latest parliamentary elections showed the Iranian society welcomes bigger presence of women in the parliament,” she said.

The lawmaker said despite the increase in women’s presence in the current parliament, only six percent of seats are filled by women, a figure which lacks luster when compared to other countries.

The next elections for the 290-member Parliament are scheduled for early 2020.