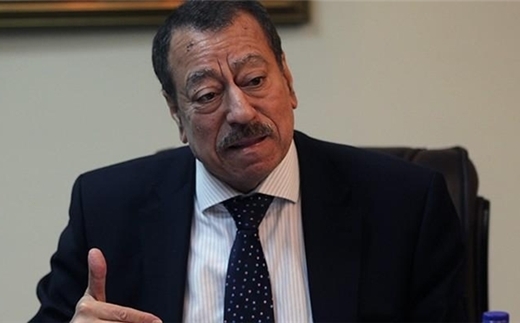 For now, we should not pass an angry judgment about Russia's failure to respond, the editor-in-chief of Rai al-Youm, Abdel Bari Atwan, said in an opinion piece.

The Lebanese Hezbollah on Sunday released a statement to confirm the martyrdom of Samir Kuntar in an Israeli airstrike in Damascus, Syria.

Following the development, the editor-in-chief of Rai al-Youm, Abdel Bari Atwan, published an opinion piece which was translated into Farsi by Fars News Agency on December 21.

The following is the translation of the piece by the world-known journalist from its Farsi version:

Israeli warplanes previously tried, in vain, to kill Samir Kuntar half a dozen times. A seventh attempt resulted in his martyrdom. That [the Israeli military went out of its way to assassinate this Lebanese fighter] shows two things: One, Kuntar posed a serious threat to Israel. Two, resistance in the face of Israeli occupation is bound to carry on even if the Zionists continue to commit crimes and seek to stoke tribal strife, and even if some Arab countries extend a hand of friendship to Israel under the pretext of countering the threat of Iran.

Samir was in quest of martyrdom ever since he joined the ranks of Palestinian resistance fighters at the age of 17. His martyrdom came 37 years later. He spent 30 of those 37 years in prison. It would not be hyperbolic to suggest his protégés will carry the torch.

I first met Samir Kuntar seven years ago in a beach restaurant in Beirut. I was invited by my classmate Ghassam bin Jiddo. Samir was there with his wife. Their marriage, which was officiated by Sayyid Hassan Nasrallah, took place after he was freed from captivity.

He was very humble. Throughout our conversation he never said he had done this or that. He was regretful why he had not been martyred.

The Israelis eventually martyred Samir, but they will soon pay a dear price because revenge is inevitable. When his comrades make a promise, they keep it. They have vowed revenge and they will make sure it materializes.

The assassination came hours after the adoption of a UN resolution mapping out a political solution for Syria, a resolution which recognized many demands of Russia which would not allow the need for Assad to step down to be inserted into its wording. So the assassination of Samir Kuntar could be a slap across the face for President Putin.

On social networking sites many have rightfully wondered how Israeli fighters ventured into Syrian airspace with Russian S300 and S400 air defense systems on the ground in Syria. We thought these systems would amount to a strategic change in the region and in Syrian skies and put an end to Israeli aggressions.

One user said the Russian air defense does not see or does not want to see Israeli aggression, although we hoped that would not be the case and Russia produced a firm response to the Israeli measure. For now, though, we should not pass an angry judgment about Russia’s failure to respond.

The point here is that there is a security hole in the resistance movement and the Israelis have had full access to information about the movements of martyr Kuntar, the roads he took and where he resided. The same security breach was to blame for the martyrdom of Imad Mughniyeh in the Syrian capital. This is an issue which calls for serious attention.