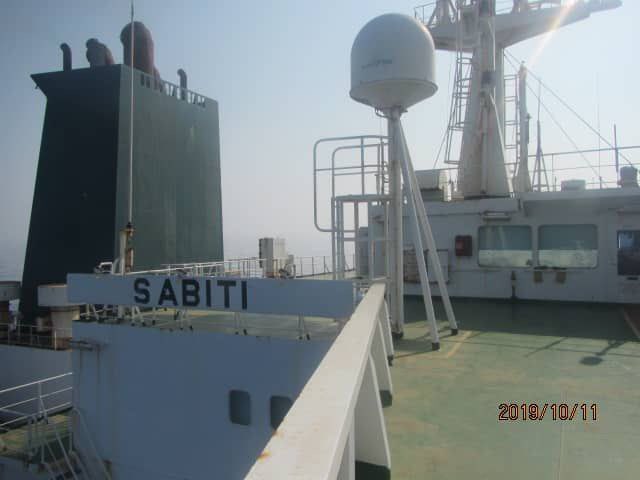 An Iranian oil tanker operated by the National Iranian Tanker Company has been hit by two missile attacks near Saudi Arabia.

The SABITI vessel has been hit 60 miles from the Saudi port city of Jeddah, the NITC said in a statement on Friday.

Heavy damages have been inflicted on the vessel, and its oil was leaking in the Red Sea, but it has been contained according to officials.

A statement by the NITC said the tanker was hit by two separate explosions at 5:00 and 5:20 am, most probably caused by missile attacks.

It said the crew members are currently safe and none of them has been harmed in the explosions. It also said that the tanker is currently in a stable condition.

Experts are already investigating the explosion, and do not rule out the possibility of an act of terrorism.

The explosion reportedly happened on the hull of the vessel, and caused severe damages to two main tanks of the tanker, hence the oil spill.