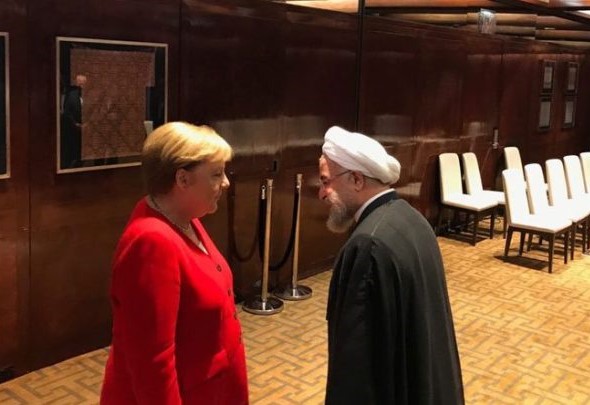 The Iranian president says if the European countries really want to preserve the 2015 Iran nuclear deal, officially known as the Joint Comprehensive Plan of Action (JCPOA) and its objectives, they should prove it in practice.

President Hassan Rouhani made the comment while criticizing Europe’s failure to live up to its commitments under the JCPOA following Washington’s unilateral withdrawal from the deal during the former US President Donald Trump’s administration.

“The only way to preserve the JCPOA is to lift the United States’ inhumane sanctions,” said Rouhani in a phone conversation with German Chancellor Angela Merkel on Wednesday night.
Rouhani added it is impossible to add new topics to the JCPOA.

Elsewhere in his remarks, he said uprooting terrorism in the region and in the world requires constructive cooperation among all countries.

“Intra-regional initiatives and dialogue hold the key to the settlement of regional problems,” President Rouhani noted.

He then underlined the need to utilize all potentialities to deepen and expand Iran-Germany ties given the historical relations between the two countries.

President Rouhani said the private sectors of both countries should become more active in order to boost trade and economic cooperation.

He urged both countries to enhance cooperation and exchange their experience in the field of fighting coronavirus, especially at a time when a new strain of the virus has spread as well.