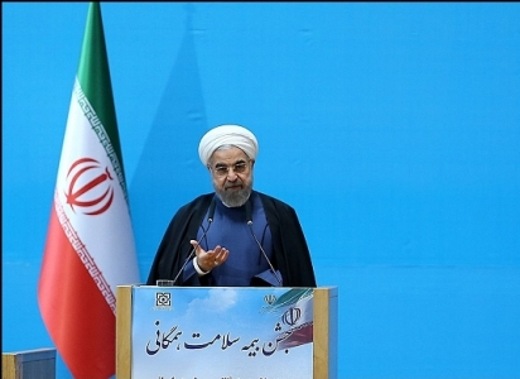 President Rouhani says 8 out of around 9 million Iranians who did not have health insurance when he took office have already received insurance cards.

President Hassan Rouhani said creating equal opportunities for people is part of administering social justice, adding that public insurance is not all justice but certainly part of it.

The president was speaking in a ceremony to celebrate a new welfare plan launched by his government called ‘Public Health Insurance’. The plan aims to provide all Iranians with health insurance.

He said unemployment and ill-health are two major social problems, but the latter is even worse because ‘when you are unemployed but healthy, you can stand on your own feet, of course with some help from the government and others, but when you are ill, you have to endure unbearable sufferings’.

President Rouhani said when he took office last year around 9 million Iranians did not have health insurance cards of whom 8 million have received their cards so far.

He emphasized that all Iranians should be covered by health insurance.

The president said by implementing the ‘Health Plan’ and ‘Public Insurance’ projects, his government is trying hard to increase the efficiency of health insurance cards.