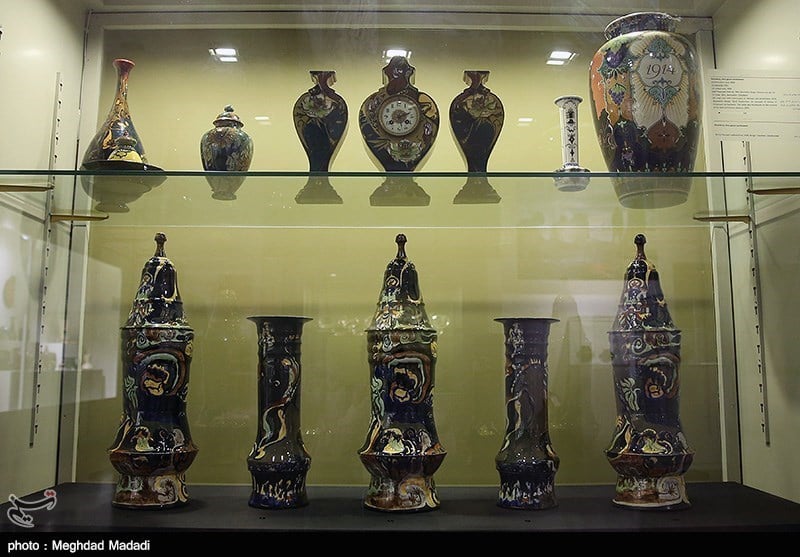 A collection of Dutch antiquities and artworks are on show at the Muslim Era section of the National Museum of Iran in Tehran.

The loan exhibition, which was opened on Tuesday, is showcasing hundreds of relics belonging to the Netherlands’ Drents Museum.

At this event, the Dutch ambassador to Tehran Yvette Daoud cut the ribbon saying that cooperation between Dutch and Iranian museums is an example of a fruitful diplomacy between the two countries.

The works on show belong to the 18th, 19th , and 20th centuries and include potteries, metal utensils, stone tools, jewelry, paintings and a natural human mummy.

The event titled “Dutch Archaeology and Art: Highlights from the Drents Museum” would run through April 6, 2019.

What follows are Tasnim News Agency’s photos of the opening ceremony:

Meanwhile, nearly 200 Iranian antique items from the National Museum of Iran are currently on show at the Drents Museum in a show titled “Iran: The Cradle of Civilisation”. The objects date from the Paleolithic era to the time of the Safavid Dynasty.

Under a memorandum of understanding signed between the National Museum of Iran and the Drents Museum in the Netherlands, 196 historical items have been transferred to the Drents Museum to be showcased for five months.

The Drents Museum website writes that“these treasures have long been hidden from the Western world. Many of them have never been exhibited in the Netherlands before, and have even never been on show outside Iran before.”

Back in March, the National Museum of Iran showcased a collection of works on loan from Paris Louvre museum for a period of four months.