Diplomat‌ Reaffirms Iran’s Support for Syria in Talks with Assad 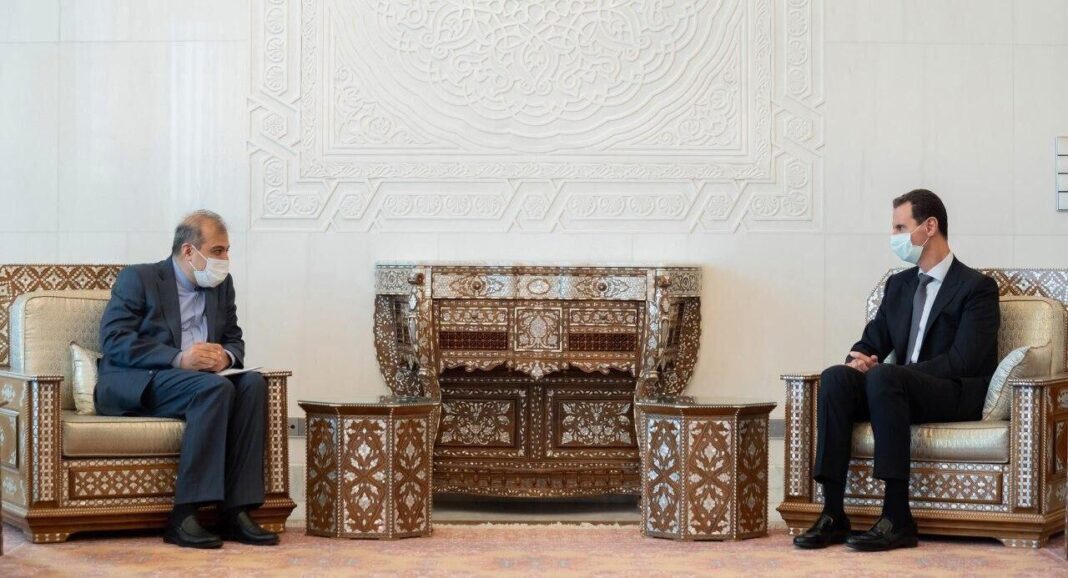 In the meeting, Khaji referred to the recent parliamentary elections held in Syria, and expressed the Islamic Republic’s resolve to continue supporting the Syrian nation and government in their fight against terrorism and the unfair sanctions imposed against them.

He also underlined the need for continued consultations between the two countries on bilateral and regional issues ahead of the virtual meeting of the leaders of the guarantor states of Astana Process in Tehran as well as the upcoming meetings in Geneva on the Syrian Constitutional Committee.

President Assad, in turn, praised Iran’s stances towards the Syrian nation and government, and highlighted the strategic importance of Tehran-Damascus bilateral relations as well as the reinforcement of the Axis of Resistance.

He also stressed his country’s resolve for coordination and cooperation with the Islamic Republic of Iran in a bid to neutralize the US’ economic terrorism plots and its sanctions.
During his trip to Damascus, the Iranian diplomat also held talks with Syrian Foreign Minister Walid al-Muallem on the latest status of bilateral ties and the Arab country’s developments.

The two sides discussed the Israeli regime’s continued occupation and its aggressive measures against the rights of Palestinians and regional countries, and underlined the need for vigilance against the regime’s plots.

Khaji arrived in Syria on Sunday to confer with the Arab country’s top officials on the latest developments in bilateral ties and the issues related to the upcoming meeting of the Astana Process and the country’s Constitutional Committee.