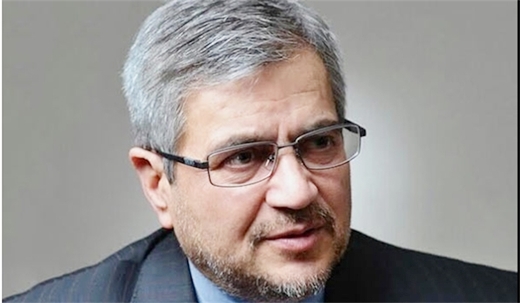 Iran’s Ambassador and Permanent Representative to the United Nations Gholam Ali Khoshroo has said that the developed countries have posed serious threats against global security by ignoring UN charter and international law.

Khoshroo made the remarks Monday on behalf of the Non-Aligned Movement (NAM) member states while addressing the UN Security Council Ministerial Open Debate on “The Respect to the Principles and Purposes of the Charter of the United Nations as Key Element for the Maintenance of International Peace and Security”.

The full text of his statement reads:

Mr. President,
I have the honor to speak on behalf of the Non-Aligned Movement (NAM). I wish to convey to you, Mr. President and the Bolivarian Republic of Venezuela, the Movement’s appreciation for convening this Ministerial open debate on this fundamental topic. I also thank the Secretary General for his inputs in this debate. We hope this debate contributes to make United Nations, and in particular this Council, more transparent, democratic and consistent in its undertakings. At the time when the international community celebrates the 70th anniversary of this Organization, there is no better time to engage Member States in the defense of the principles and purposes of the UN Charter as the only way for ensuring international peace and security.

The purposes and principles enshrined in the UN Charter are the same pillars upon which the structure of the international law is founded. They encompass the fundamental concepts of respect for the sovereignty, the equality of States, the non-interference, the peaceful settlement of disputes, and the refrain from the use or threat of use of force against the territorial integrity or political independence of all Member States. These purposes and principles must be thoroughly respected at all times by all Member States.

Global peace and security continue to elude humankind as a result of, inter alia, increasing tendency by certain States to resort to unilateralism, arbitrariness and unilaterally imposed measures, non-fulfillment of the commitments and obligations assumed under the relevant international legally binding instruments especially on weapons of mass destruction and conventional weapons treaties, terrorism, conflicts, violations of human rights and international humanitarian law, the use of double standards in international relations, the continuing failure and unwillingness of the majority of the developed countries to fulfill their commitments in the economic and social fields. We underscore the need for the international community to collectively redress these situations in accordance with the UN Charter and the principles of international law.

Mr. President,
NAM Member States, guided by the Movement’s principled positions and recognizing the serious danger and threats posed by the actions and measures that undermine international law and international legal instruments, stresses the need to undertake a wide range of measures, among others:

1. Identify and pursue measures that may contribute towards achieving a peaceful, prosperous, just and equitable world order;

2. Respect the right of nations to decide on their political, economic and social systems, as a pathway to the peaceful coexistence among nations and, thereby, to peace and security;

3. Conduct external relations based on the ideals, principles and purposes of the Movement, the UN Charter and international law, as well as the relevant Declarations adopted by the General Assembly;

4. Refrain from recognizing, adopting or implementing extra-territorial or unilateral coercive measures or laws, including unilateral economic sanctions, other intimidating measures, and arbitrary travel restrictions, that seek to exert pressure on Non-Aligned Countries – threatening their sovereignty and independence, and their freedom of trade and investment and prevent them from exercising their right to decide, by their own free will, their own political, economic and social systems, where such measures or laws constitute flagrant violations of the UN Charter, international law, the multilateral trading system as well as the norms and principles governing friendly relations among States;

5. Oppose and condemn the categorization of countries as good or evil based on unilateral and unjustified criteria, and the adoption of the doctrine of pre-emptive attack, including attack by nuclear weapons by certain States, which is inconsistent with international law, in particular the international legally-binding instruments concerning nuclear disarmament;

And finally, Mr. President, the Movement has stressed that the UN Charter contains sufficient provisions regarding the use of force to maintain and preserve international peace and security, and that achieving this goal by the Security Council should be strictly done in full conformity with the relevant Charter provisions. Resorting to Chapter VII of the Charter, as an umbrella, for addressing issues that do not pose a threat to international peace and security must be avoided and in this regard, the Council should fully utilize the relevant Charter provisions, where appropriate, including Chapters VI and VIII. In addition, and consistent with the practice of the UN and international law, as pronounced by the ICJ, Article 51 of the UN Charter is restrictive and should not be re-written or re-interpreted.