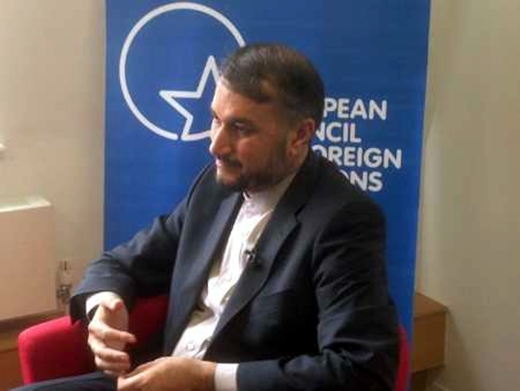 Iran has no combatant forces in Syria, but its military advisors assist the Syrian central government in its campaign against terrorism, Amir Abdollahian said.

The deputy foreign minister for Arab and African affairs said Tuesday that the increased presence of Iran’s military advisors in Syria is aimed at the restoration of stability there and the anti-terrorism campaign comes at the request of Damascus.

“We have no combatant force in Syria, but our military advisors assist that country’s central government in its campaign against terrorism,” said Hossein Amir Abdollahian in an interview with BBC 4.

In answer to a question on the extent of Iran’s military participation in Syria, Abdollahian referred to the broad ongoing anti-terrorism campaign in Syria, including the effective presence of the Russian Air Force, and added that the increased presence of Iranian military advisors which is aimed at contributing to the campaign comes at Syria’s request.

“Those advisors have the necessary experience and military expertise for effective anti-terrorism campaign,” he said.

When asked whether Iran considers itself a strategic ally of Russia, or whether it has just joined the coalition with Russia in Syria, he said, “We have strategic relations with Moscow and Iran’s ties with Russia in the post-Islamic Revolution era have never been provisional, or for a certain period of time,” he said.