‘Deal of Century’ Will Die before Trump’s Death: Iran Leader 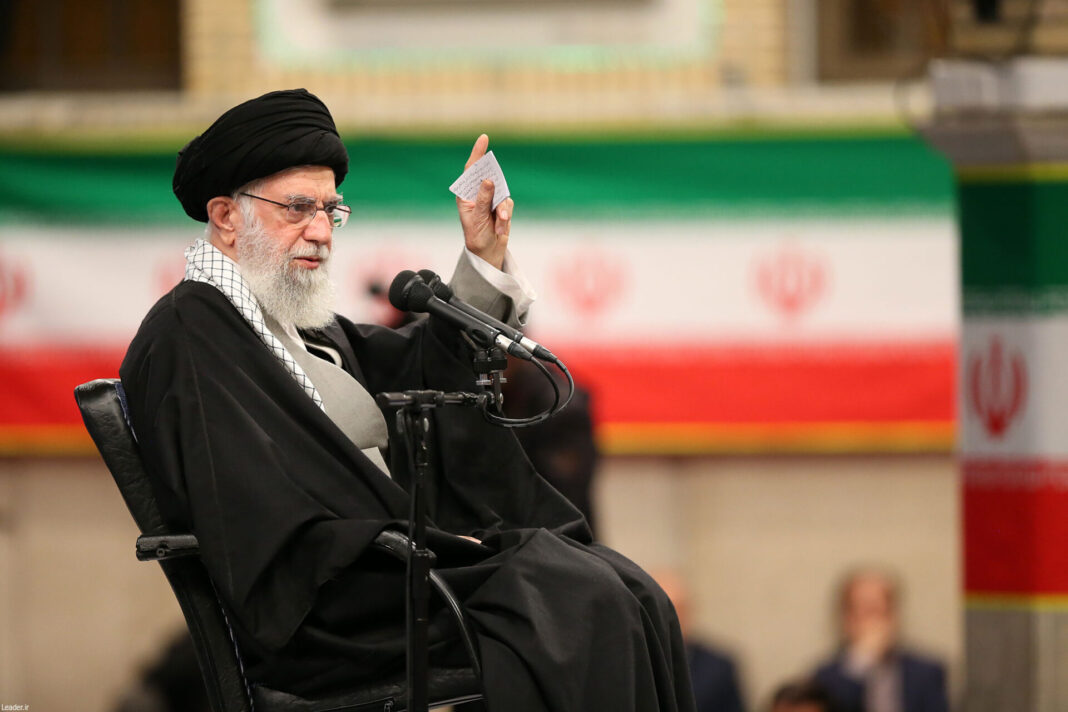 “The American bullies and bandits have recently unveiled a plan and called it ‘deal of the century’, wishfully thinking the deal may work if they choose a big name for it,” Ayatollah Khamenei told a huge crowd of people in Tehran on Wednesday.

“In my opinion, what they have done and are pursuing is firstly stupid, secondly a sign of treason, and thirdly it is to their own detriment from the very beginning,” he noted.

The Leader said the US and Israel are sparing no effort to advance the plan.

“Now, they will make attempts to push the plan. To that end, they are relying on weapons and money; they use bribes and arms as a carrot to allure some, and they also make threats,” said Ayatollah Khamenei.

To counter such moves, said the Leader, it falls upon Palestinian people and organizations to stand up to the Zionist enemy (Israel) as well as the United States.

“That’s the only solution,” he said.

“And the whole Muslim world should help and support them,” Ayatollah Khamenei noted.

“We, as the Islamic Republic [of Iran]’s system, take it upon ourselves to back Palestinian combatant groups, and we will wholeheartedly support them in whatever manner and to whatever extent we can,” said Ayatollah Khamenei.