COVID-19 May Be Result of Biological Terror: Iran’s Health Ministry 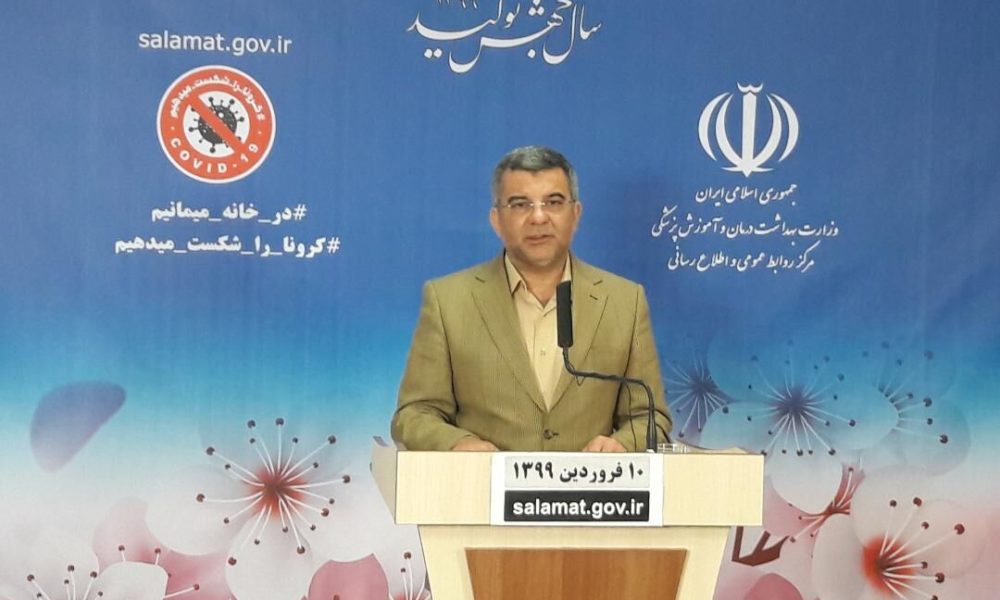 Iran’s Deputy Health Minister Iraj Harirchi says the theory of biological terror cannot be ruled out for the outbreak of the novel Coronavirus given the US-China hostilities.

Speaking in an online meeting with correspondents on Sunday, Harirchi said serious investigations are underway in Iran by the National Headquarters to Fight against Coronavirus in this regard.

About the cruel US sanctions and their claims of help to the Iranian people, the Iranian health official said Americans are weeping crocodile tears. “We don’t expect them to help us. If they just remove the barriers, we can provide the resources we need with oil and non-oil exports.”

Elsewhere in his remarks, Harirchi thanked people for following the health ministry’s recommendations.  However he criticised those who did not pay attention to warnings and appeared in gatherings amid the outbreak of the deadly disease in Iran.

Harirchi said the term quarantine is used to refer to a lockdown of people who are suspected of having coronavirus disease or are in contact with an infected person.

“We are significantly satisfied with people’s behaviour,” underlined Harirchi.

He also went on to point out to the fourth level in which people were quarantined. In China, a lockdown was placed and it was not possible for people to leave home.

“In some countries like France they restricted the activities of people, but I ask people to watch the BBC and Al Jazeera that show people’s complaints about the quarantine and shops closure.”

Regarding the condition of cancer patients he explained that chemotherapy continues uninterruptedly in public treatment centres, and the government advises people not to stop their treatments. “We do not let patients who cannot afford to go to the private sector face financial problems.”

Harirchi further stressed that people with underlying illnesses should refer to the emergency services on time.

Regarding the high costs received from patients for corona test at private labs, he maintained, “We used the test kits donated by the WHO and China in the early stages, but now we have plans to use domestic kits to test suspicious cases. We plan to increase the number of tests to 15,000 per day. We will get help from some private laboratories, and those that asked for excessive costs will be fined. The cost of the imported kits will be 8 Euros which will be paid by the government.”

Most standard and recommended treatments for coronavirus are not corona-specific and have short-term effects, he said about corona-therapy and vaccines.

“Non-recommended treatments are either ineffective or harmful. The minimum time for production of a special drug for Corona is one year to 18 months. The best virus-specific medications have a 40 to 50-percent effect. Most of the news about the discovery of Corona medicine is commercial.”

“The western countries criticised us at the beginning that why we didn’t take up the opportunity. But the situation in Italy, France, America and Spain showed well that they had more opportunities, but every one saw their [poor] provision of care,” said Harirchi.

We provide more care with fewer beds, he underlined.

When Iran’s deputy health minister gets infected, foreigners say he can’t take care of himself how he wants to take care of others. A few weeks later, the British Secretary for Health was infected. One of the TV networks said the British Minister was also infected and it shows how much work he was doing! That is, of course, their nature, continued Harirchi.

With the actions taken, the ICU capacity has increased by more than 55% in the past six years, said Harirchi. “We now have nearly 9,000 ICU beds, and if we did not icrease the number, we would have problems today.  Now, we even have ICU in small cities.

However, governments of Italy, Spain, France, Germany and the United Kingdom are questioned why they have reduced hospital beds and personnel. The United States has brought a military ship to New York to treat sick people on board.

“We were worried about ned for high capacity when the disease reached its peak, but in no province we did not use more than 40% to 50% of our capacity for corona patients.”

Reduction of Corona Prevalence in 13 Provinces

This Iranian health official also reiterated that the prevalence of corona has decreased in 13 provinces, but it should not be forgotten that there exist 20 million people in rural areas at present.

“We hope that after the Nowruz holidays, the private sector will be more likely to assist the public sector medical staff in treating patients with corona disease because part of the doctors’ offices have not been operating during the holidays,” he said.

According to official figures, there are now nearly 40,000 cases of infection in Iran. In the capital Tehran, the number of newly infected cases has increased. As a counter-measure, officials arranged on Saturday the closure of all shops except for pharmacies, supermarkets and some other necessary outlets. Police checks will also ensure that the remaining inhabitants of every province stay home. Four million people had previously left the capital Tehran because of the spring holiday.

The US cruel and illegal sanctions have weakened the Iranian economy in dealing with the crisis. Iran says the US government’s maximum pressure policy amid the deadly outbreak of the coronavirus is a hygienic terrorism.

Several Iranian officials have called on the international bodies and organisations during the past few days not to follow the policies of the United States and let Iran trade with them.