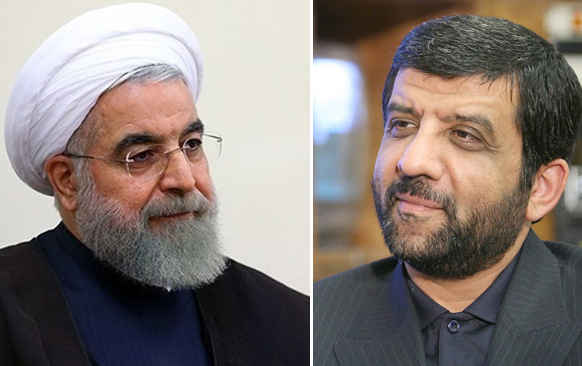 An Iranian conservative figure has asked Iran’s President Hassan Rouhani to give a stronger response to US President’s rudeness and impoliteness towards Iranian nationals.

Former head of the Islamic Republic of Iran Broadcasting (IRIB) Organisation, Ezzatollah Zarghami, in a post in his Twitter account, requested President Rouhani to direct some of the witty remarks he utters to silence his domestic critics, at Donald Trump so that he stops scorning and disrespecting Iranians.

Trump does not get the meaning of satirical and ironic answers such as those [given by President Rouhani] reminding Berlin wall’s collapse, Zarghami said, calling for Rouhani’s stronger reaction.

On Saturday, January 28, in an apparent reference to US government officials, who have been planning to build a wall on the Mexican border, President Rouhani said, “Today is not the time of wall-raising between nations. Have they forgotten that the Berlin Wall collapsed years ago?” 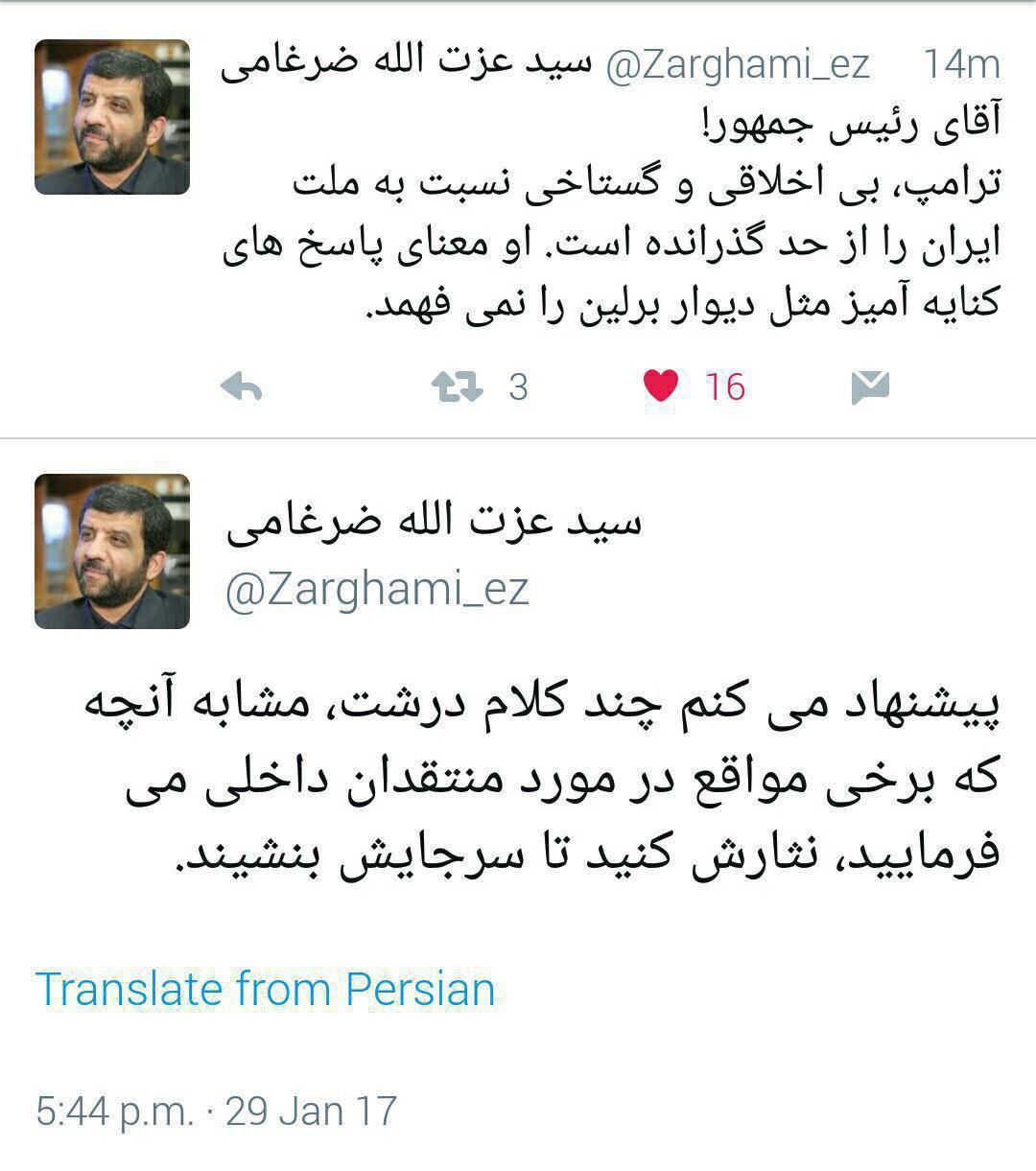