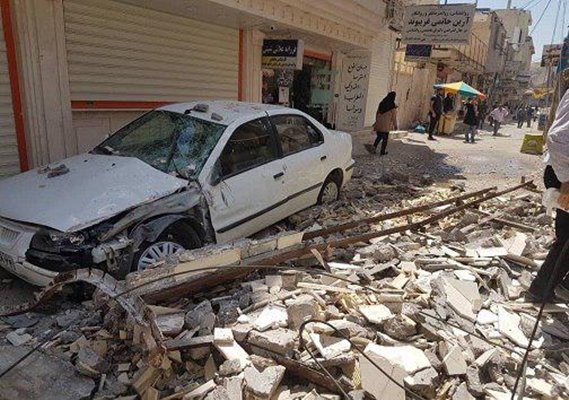 The earthquake hit an area near the city of Masjed Soleyman in Khuzestan at 11:30 a.m. (local time) on Monday, according to the Seismological Centre of the Institute of Geophysics of Tehran University.

The epicentre, with a depth of 17 km, was determined to be at 31.95 degrees of north latitude and 49.50 degrees of east longitude.

The location of the quake has been reported to be 19 km from Masjed Soleyman and 29 km from Qaleh-ye Khajeh, data from the seismological centre showed.

According to initial reports, a middle-aged man, frightened by the quake, has lost his life over a heart attack. 64 others have also been wounded.

The quake has been so strong that several other provinces neighbouring Khuzestan have been jolted. It has also been felt in the neighbouring country of Kuwait.