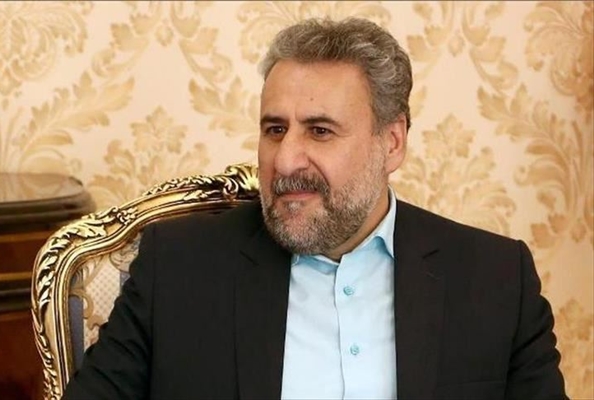 A top Iranian parliamentarian says the dismissal of US National Security Advisor John Bolton can give the US diplomacy another chance, but it is no reason for optimism in Iran.

In an interview with the Islamic Republic News Agency (IRNA), Falahatpisheh said Bolton had adopted a hard-line approach toward Iran, but now his removal should not lead to the adoption of an approach of optimism in Iran.

“Trump should know that diplomacy is revived only when the 915 anti-Iran sanctions are reversed,” said the former chairman of the Iranian Parliament’s National Security and Foreign Policy Commission.

“The removal of Bolton is closely related to Iran and a region where Iran is the strongest, a region part of which constitutes the Persian Gulf and the Arab Middle East, and another part makes up Afghanistan,” said Falahatpisheh.

“Based on a policy enforced by the United States, Bolton had been banned from adopting any stance on the Islamic Republic of Iran since three or four months ago; after Bolton formulated a series of hard-line policies and goals with regards to Iran, his anti-Iran stances began to fade because of the White House ban,” he added.

The lawmaker said Bolton’s anti-Iran policies growing weaker in recent months as well as his dismissal means the policy of exerting pressure on Iran has failed.

“My analysis earlier was that if Trump seeks a solution with regards to the Iran case, he has to fire Bolton,” the top legislator noted.

Pompeo My Be Sacked Too

Falahatpisheh said US Secretary of State Mike Pompeo might be fired as well following the failure of Washington’s policies.

“In line with the failure of White House policies of exerting pressure on Iran, there is a possibility of US Secretary of State Mike Pompeo being removed from office,” he explained.

“Pompeo and Bolton each had the role of a blade in the US scissors policy toward Iran,” he said.

“Bolton was pursuing a hard policy vis-à-vis Iran and Pompeo was pushing on with the soft policy and psychological warfare against the Islamic Republic of Iran,” the legislator said.

“Now, the US scissors against Iran has lost a blade, and the US secretary of state is on shaky ground, too,” the MP noted.

He described Iran’s downing of a US spy drone as a watershed in Tehran-Washington relations.

“With the downing of this drone, the Americans, for the first time, faced a regional player that has established a kind of balance in the region with its power and made the US and its allies talk with Iran based on this very balance,” said the MP.

He said Bolton’s dismissal is related to Iran, but does not mean Washington’s change of heart and return to the Iran nuclear deal.

“[However,] Bolton’s removal from his position as the White House National Security Advisor indicates the failure of those who believed a policy of pressure against Iran would be effective,” he said.

“Trump knows if he gets to understand the realities associated with [US] relations with Iran and the region, it will be problematic for him; the dismissal of Bolton can be analyzed in this context; when Bolton assumed office, Zionist circles regarded his taking power as tantamount to the irreversibility of the US war with Iran,” the legislator said.

“Bolton tried openly in terrorist and anti-Iran meetings to mobilize different terrorist groups against Iran, but now he has been sidelined,” he added.

“The policy defined for Pompeo is similar to the instruction that the White House had defined for Bolton three or four months ago, and it was related to moderating his stances toward Iran,” he said.

“The dismissal of the White House national security advisor shows Trump hasn’t got the desired result from adopting a hard policy in the world, especially toward the Islamic Republic of Iran, and if he continues pursue the same policy when the election year in the US begins, he will definitely lose the election” the legislator said.