Biden Should Return to JCPOA Not Only in Word, but in Deed: Iran 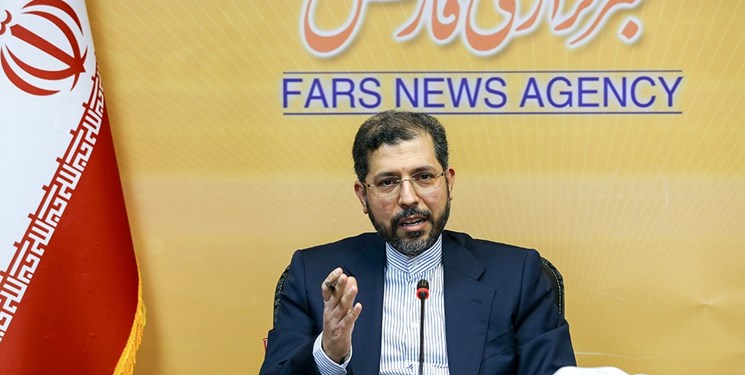 Iran’s foreign ministry spokesman says US President-elect Joe Biden should show in practice that he would like to re-enter the 2015 Iran nuclear deal, officially known as the Joint Comprehensive Plan of Action (JCPOA).

Saeed Khatibzadeh noted that the next US administration should walk the walk, and not just talk the talk.

“What we are constantly hearing today is that they (Biden and his camp) keep saying that they will unconditionally return to the JCPOA. We believe the United States should fully live up to its commitments under [UN Security Council] Resolution 2231,” he said in an interview with Fars News Agency.

“We have also announced that if the other party (the US) effectively, and I repeat, ‘effectively,’ which means just signing a piece of paper won’t do. If they return to the JCPOA effectively, we will reverse all the measures we have adopted to scale down our obligations under the JCPOA,” he added.

“But this will happen the day when the United States effectively implements the JCPOA, i.e., the US fulfills its commitments under Resolution 2231,” the spokesman said.

“All of the United States’ commitments are clear and written down,” he added.

Khatibzadeh noted that the nuclear deal was drawn up based on complete mistrust in the Americans.
“The reason why the JCPOA contains so many pages and provisions is that there was no trust between us. … When two people do not trust each other, they write down all possible scenarios. The JCPOA was drawn up based on absolute distrust,” said Khatibzadeh.

“It is pretty obvious that we do not trust the United States at all. And in recent days, months and years, our mistrust has grown and the wall of distrust has become higher,” he explained.

“The United States should win our trust, not on paper, but in practice.

“The next few weeks are those vital weeks when the other side will either begin to make good on its commitments or lose the chance of [using] diplomacy, which was once created with the conclusion of the JCPOA,” he said.