Ball in Europe’s Court after US’ Withdrawal from JCPOA: Iran 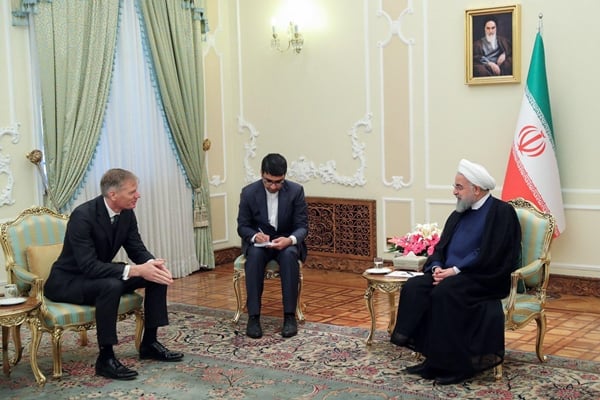 Iran’s President Hassan Rouhani says the ball is now in Europe’s court to maintain its relations with the Islamic Republic following the US’ illegal withdrawal from the Joint Comprehensive Plan of Action (JCPOA).

In a Tuesday meeting with UK’s new ambassador to Tehran Robert Macaire, President Rouhani said today is a significant period in history, and it is very important for the Iranian people to see that Europe clearly expresses its position on the actions that must be taken to compensate for the illegal withdrawal of the United States from the nuclear deal.

Rouhani also criticised the failure of some parties in the full implementation of the JCPOA in the commercial and economic sectors and banking relationships.

“The Islamic Republic of Iran is always ready to develop relations with European countries, and now, after the illegal withdrawal of the US, in the short time available, the ball is on the European states’ court.”

Rouhani also described as constructive the meetings and talks of the officials of the two countries regarding bilateral and international issues.

The president stressed that the Islamic Republic of Iran has never been seeking tension in the region and does not want to create a problem in the world’s waterways, but it will never give up its right to export oil.

For his part, Macaire said today, European countries are making unprecedented and great efforts to maintain the nuclear deal, especially in the economic field.

“We are looking for the further development of relations with Iran, and we believe that solving the problems and crises is possible only through dialogue and diplomacy,” he noted, stressing the importance of Iran’s de-escalation policy in the region.