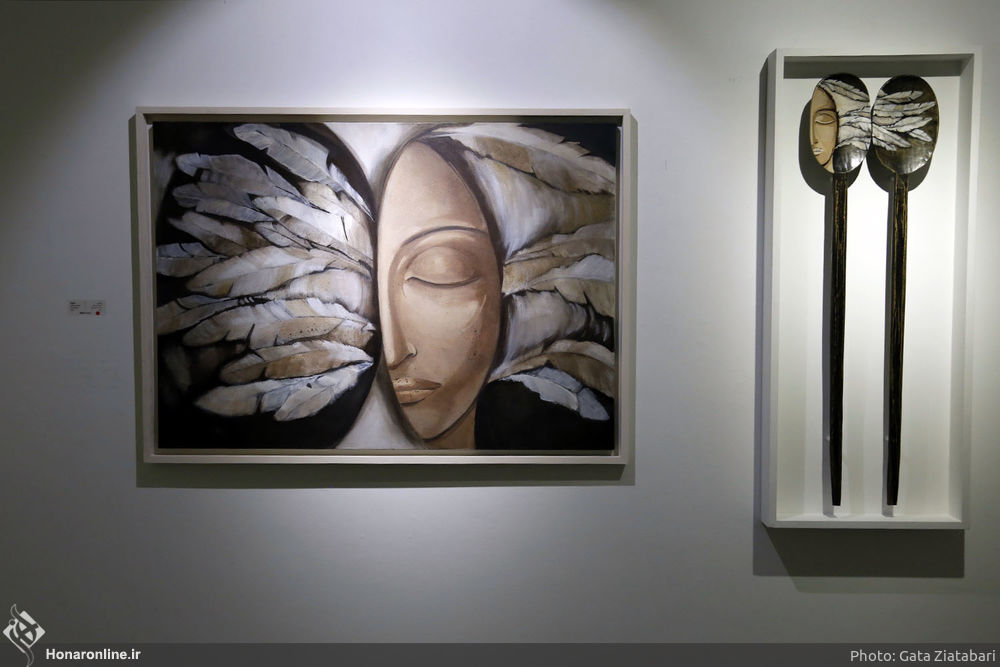 An exhibition was recently held in Tehran where spoons replaced conventional canvases, displaying characters of mythology.

The same big spoons used to cook food have now been decorated with mythical figures and hung on the walls of the gallery.

“Old Patterns” is the name of the exhibit where works of art by Forough Rayhani was displayed. It was an exhibition where canvases were replaced with spoons featuring characters of mythology.

Rayhani has already held several exhibitions both at home and abroad.

“’Old Patters’ are recurrent patterns manifested in various forms in the myths and legends of different peoples since old times,” says Rayhani.

“This exhibition happened to begin with old spoons which used to be used in cooking in traditional ceremonies,” he adds.

“I decided to paint on these spoons and draw characters which could somehow represent the originality of these spoons,” he says.

“The reason for choosing old patterns was that the personages on the spoons looked like ancient mythical heroes; of course, these mythical characters do not only include those of Ancient Persia, but those of many European countries as well as Egypt,” he says.

The connection between these old patterns and mythical figures is associated with the theory of Jung, which says “these old patters are present in our unconscious self and keep repeating in different forms in our lives.”

What follows are photos of the exhibition posted on Honar Online website: