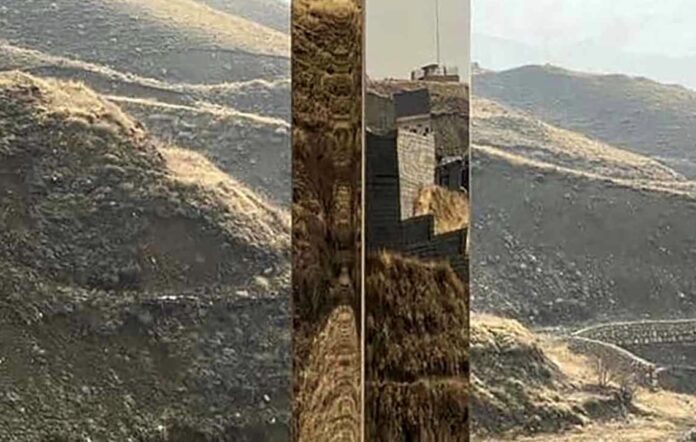 A new monolith has been discovered in Iran, the latest in a series of similar structures around the world.

The metal monolith, planted firmly in the ground with no clear sign of where it came from or why it was there, has been found in a small village northeast of Iran’s capital Tehran.

After the discovery and swift disappearance of the mysterious shining metal monoliths in many places in the world, the new towering structure has popped up at the top of a valley in Niknam-Deh, a small village north of Jajrud, around 15 kilometres east of Tehran.

The new monolith is erected between the mountainside and a ravine, according to a reporter of Asr-e Iran news website.

The shiny metal structure in the village is around three metres in height.

The reporter says letters ‘N’ and ‘S’ have been inscribed on the metal object, showing directions to north and south.

Local officials have not provided any explanation for the appearance of the new monolith in the area.

The first stainless steel monolith was found last month in Utah, the US, inspiring copycats around the world.