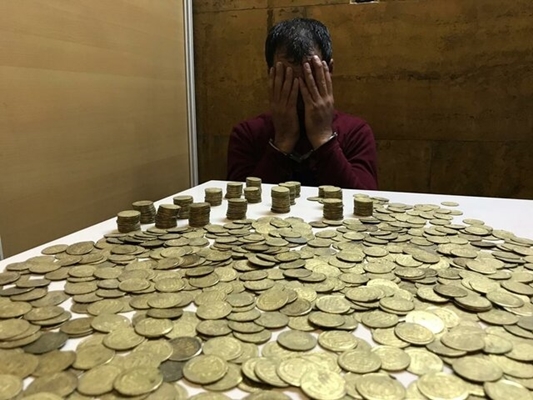 More than 50 historical coins and antique items have been confiscated in the city of Ramshir in Khuzestan province, south-western Iran.

The antiquities, belonging to the Elymais who lived in the south-west of modern Iran during the Parthian era, were seized when two individuals were buying and selling them.

“In recent days, many historical coins as well as antique and cultural items were seized from two persons who were buying and selling them,” said Mohammad Saleh Sheikhalipour, the head of the Cultural Heritage Department of Ramshir.

He said the two individuals were arrested, too.

“The seized items include 48 coins belonging to the Parthian (Elymais) era, one Parthian drachma coin, two Islamic coins, 9 coins dating back to the era of the advent of Islam, one Islamic coin dating back to the 11th century, gold-plated silver buttons, 22 opal beads, metal bracelets, a gunmetal ring and different metal pieces, which were spotted by a metal detector and seized by police,” he said.

“After being confiscated, these objects were put at the disposal of cultural heritage experts, who confirmed their antiquity after examining them. After judicial proceedings, the discovered items were handed over to the provincial Cultural Heritage Department via the Justice Department,” he said.

He noted that the provincial cultural heritage department has filed a lawsuit against the two arrested individuals, and that the case is under investigation.