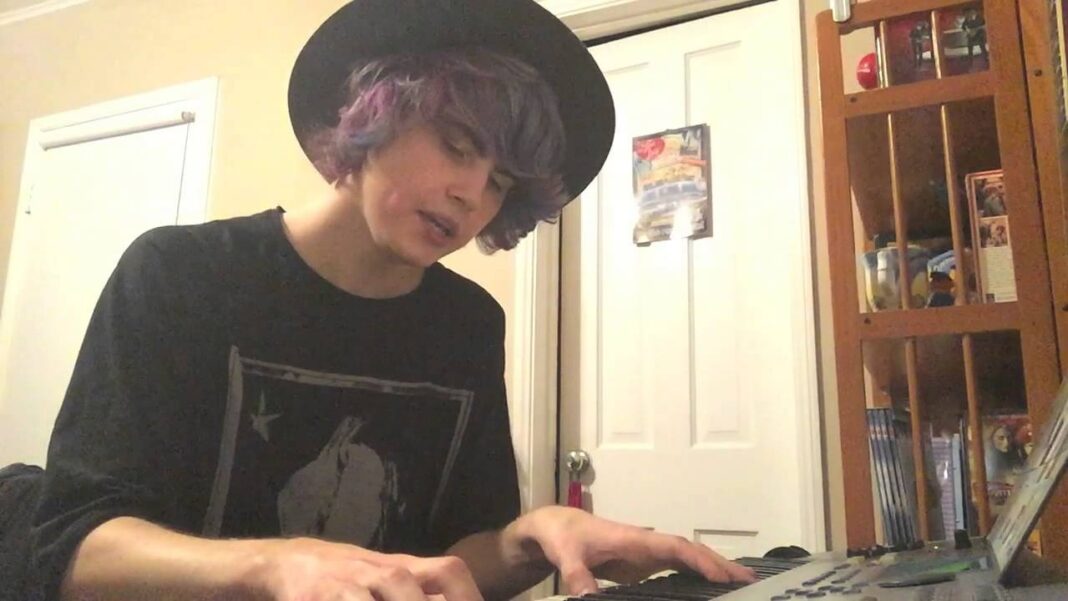 Blake English is a twenty-six years old American musician, actor, and poet. In 2013, after the release of the musical "Strings", Blake’s skills became the talk town.

After that, he and his team “after Romeo” took on the responsibility of composing music for many films produced by well-known film companies, including Disney. despite After Romeo’s success, its members split in 2017 to pursue their destiny. Blake has recently released his latest album “Spiders Make Great Poets”. On the occasion of the release of “Spiders Make Great Poets”, we have had a conversation with him, which you will read briefly here.

+ You and your team were in charge of composing music for many films. if you wanted to set “Spiders Make Great Poets” tracks to movies, what were those movies?

– So, the way I have structured my album is like a musical. There is a storyline and each track plays a big part in moving the story along. So I would say they were made for my movie.

+ So “Spiders Make Great Poets” was made for your movie. As the world you show us in your music videos is surrealistic, is your world surrealistic too?

– I would say I view the world through a very surrealistic lens. I grew up with surrealism being which allowed me to escape from the hell that was my reality. I also just love playing make-believe and being different characters in different worlds.

+ What effect do you expect the songs you make to have on the audience?

– As an artist and person, I am but a culmination of all my favorite things. When I was younger, it was artists that permitted me to be whom I wanted to be and express myself in raw and honest ways. So my aim as an artist is to be for others what artists were to me: an inspiration to be whom I wanted to be without limitations. I think artists have a perfect platform for communicating social justice and should use it to bring positive change to the world. On that note, I believe all people are artists in one way or another.

+ Who is you legend?

I have many artistic inspirations but one in the particular that has remained at the top of my list, is Lady Gaga. From her skills as a performer to her kindness and generosity she gives to the world, I think she sets a great example of the type of artist I aim to be like.

+ How do you make yourself feel happy?

My hobbies include: going hiking (I love outdoors), writing music, hanging out with my friends and family, going to the movies, walking around the neighborhood and enjoying the sunshine, dance, yoga, and meditation. All of those things make me happy but particularly being outdoors always gets me in a good mood.

+ Would hold any concerts in the middle east?

– I would love to visit and perform in the middle east. I love going to new places, meeting new people, and learning customs and traditions different than the ones I grew up practicing. I also think the architecture is beautiful in the middle east! There is something so magical about a place with so much history.