IFP has taken a look at the front pages of Iranian newspapers on Sunday, August 4, 2019, and picked headlines from 12 of them. IFP has simply translated the headlines and does not vouch for their accuracy. 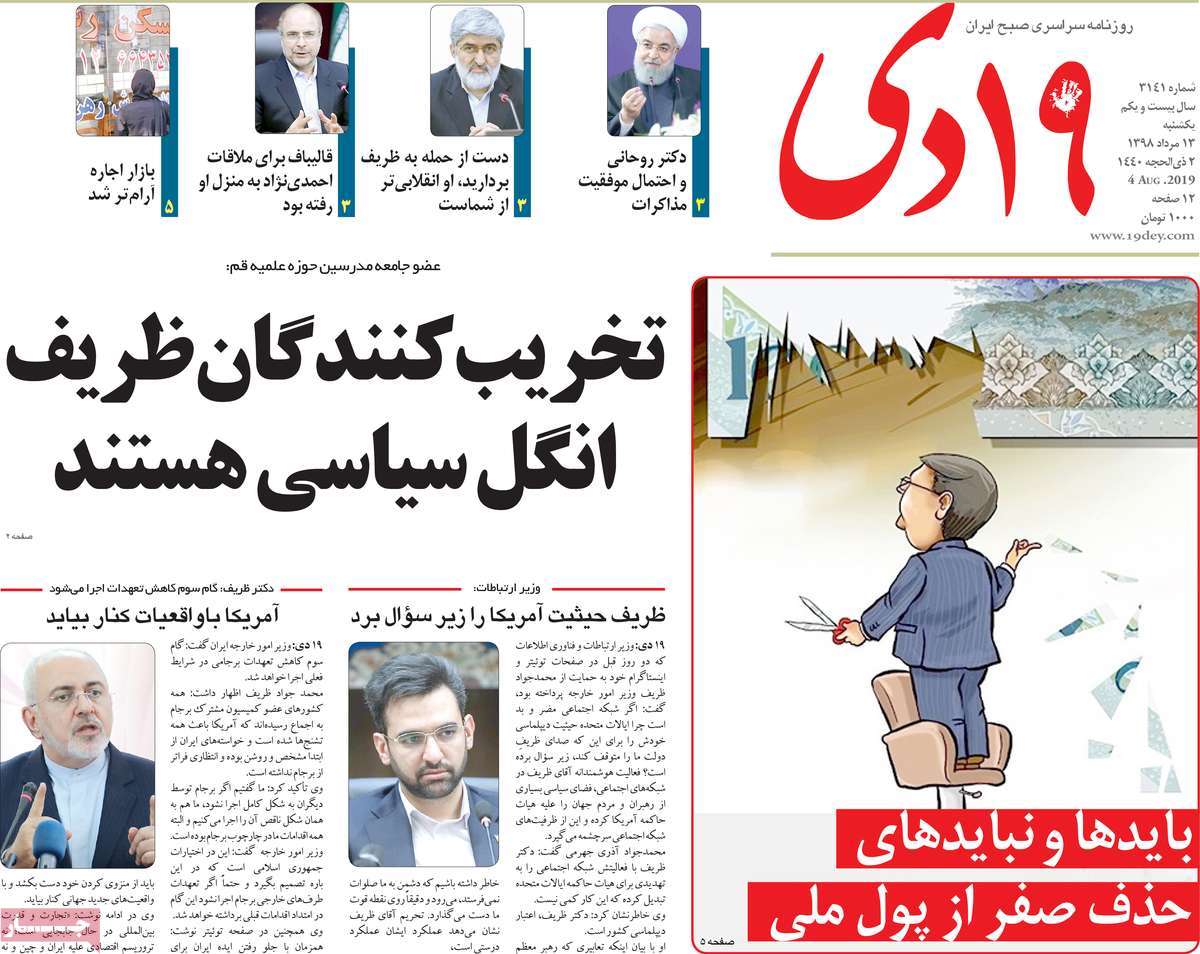 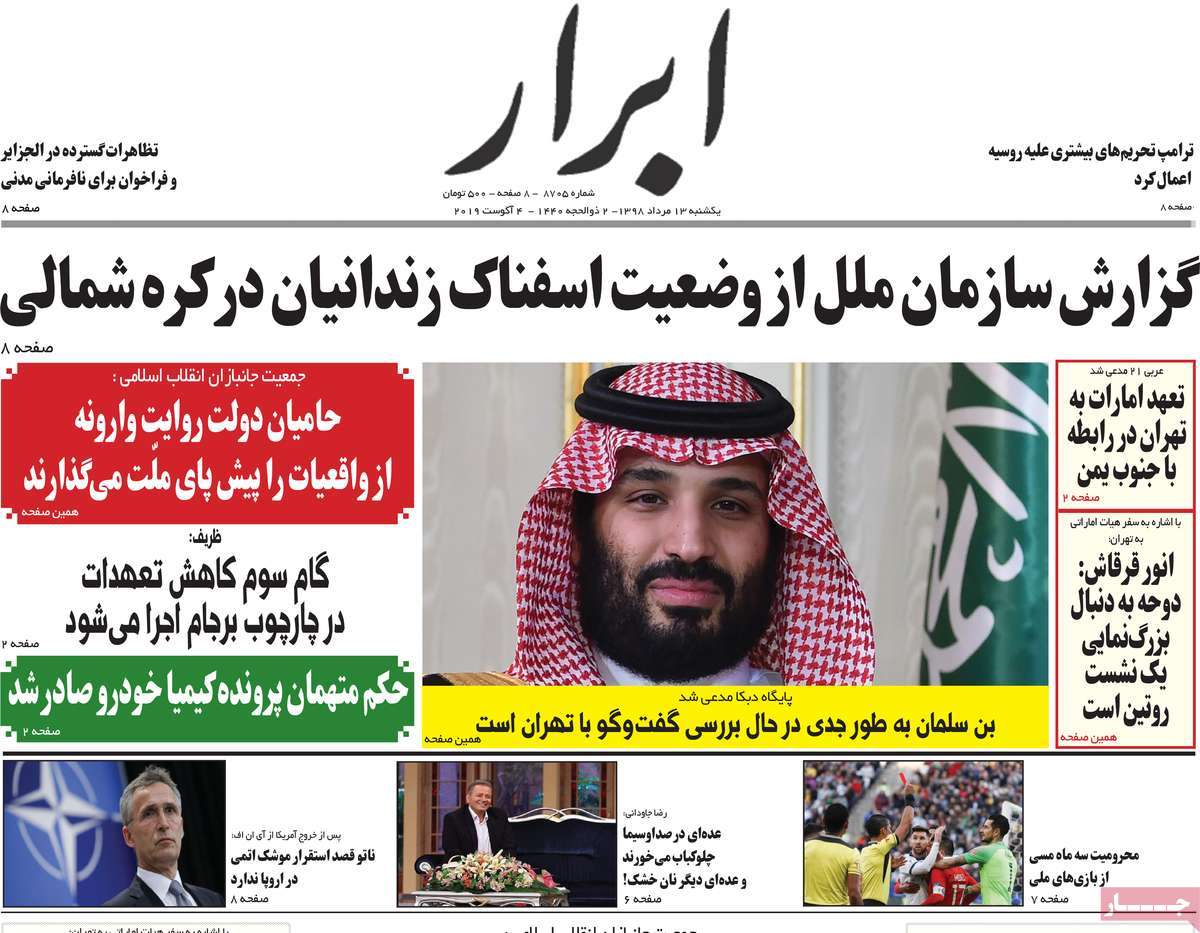 Afkar:
1- Coats Not to Be Last Victim of Trump’s Defeats in Persian Gulf
2- Americans Lying that Pharmaceuticals Not Banned for Iran: Official 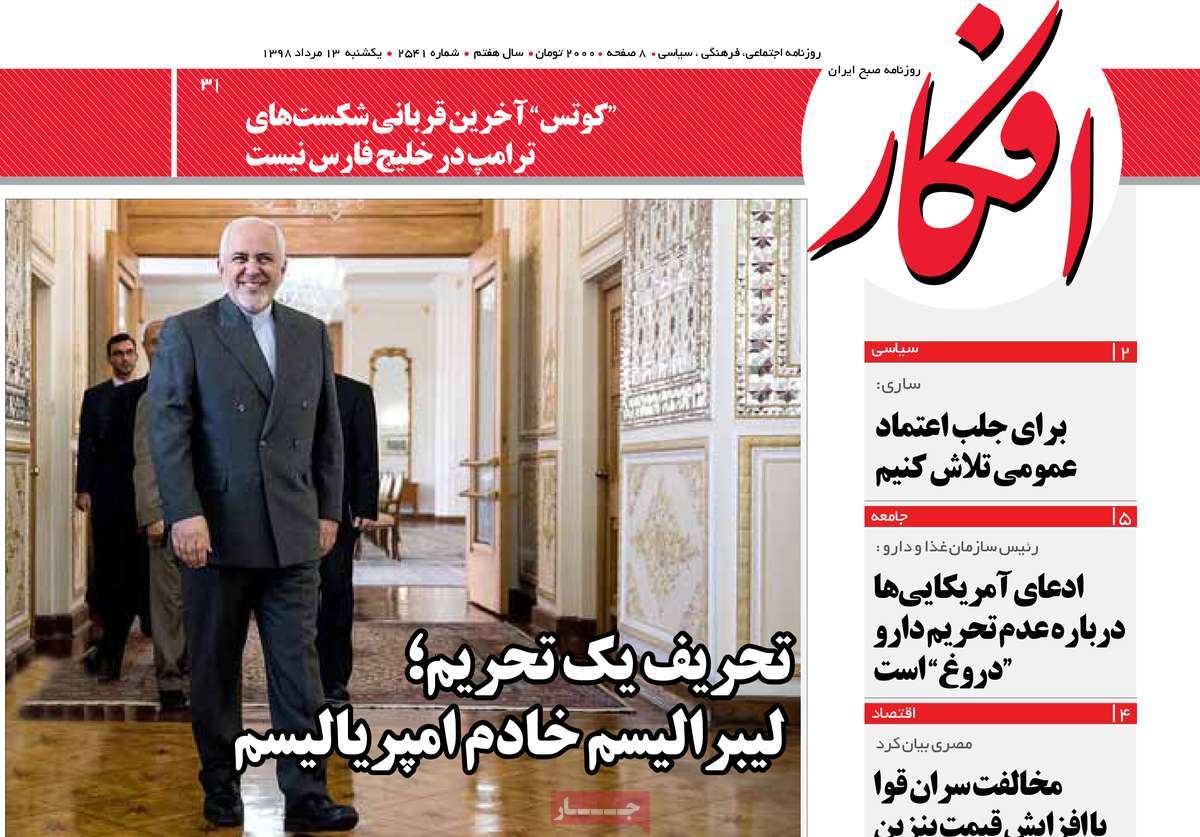 Aftab-e Yazd:
1- Details of Trump’s Invitation for Zarif to Meet Him at White House
2- Bin Salman Mulling Over Talks with Tehran? 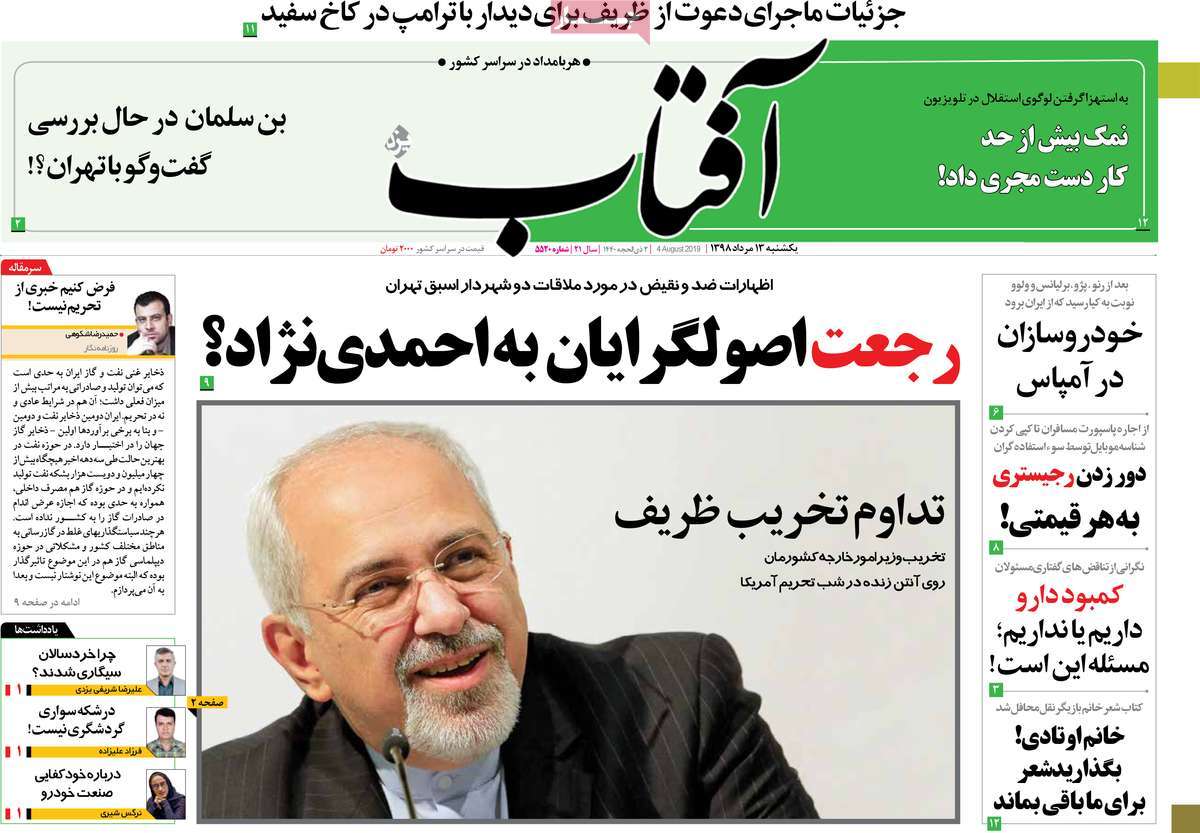 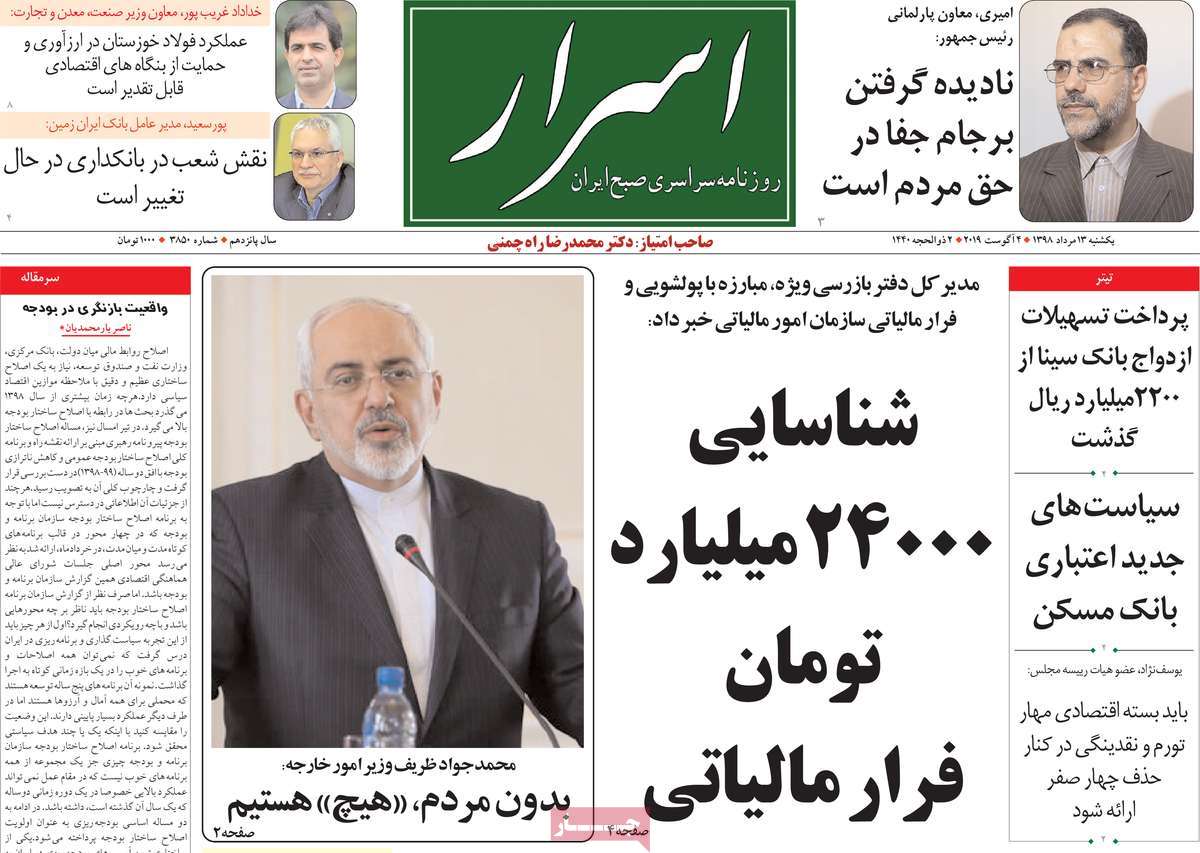 Ebtekar:
1- JCPOA Cannot Be Saved with Europeans: MP
2- Step by Step towards New Cold War
* Review of Repercussions of US, Russia Withdrawal from INF 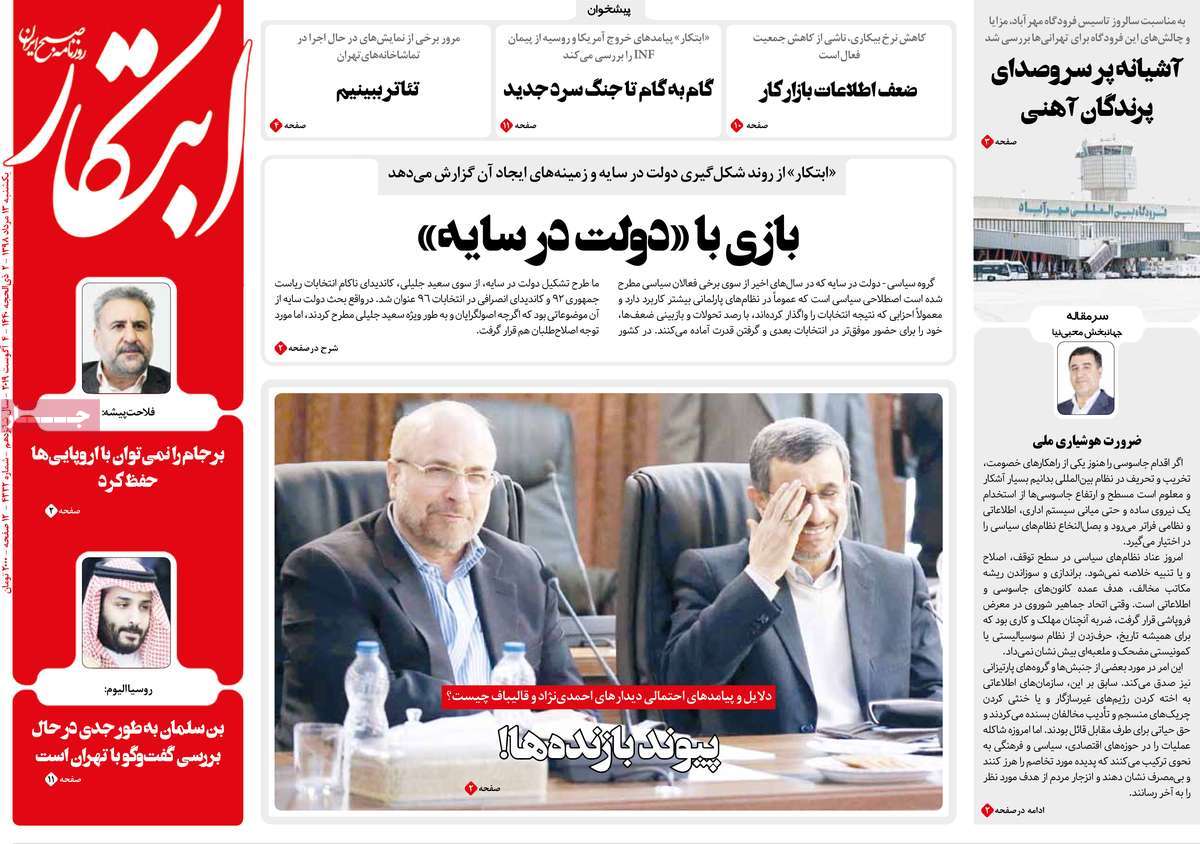 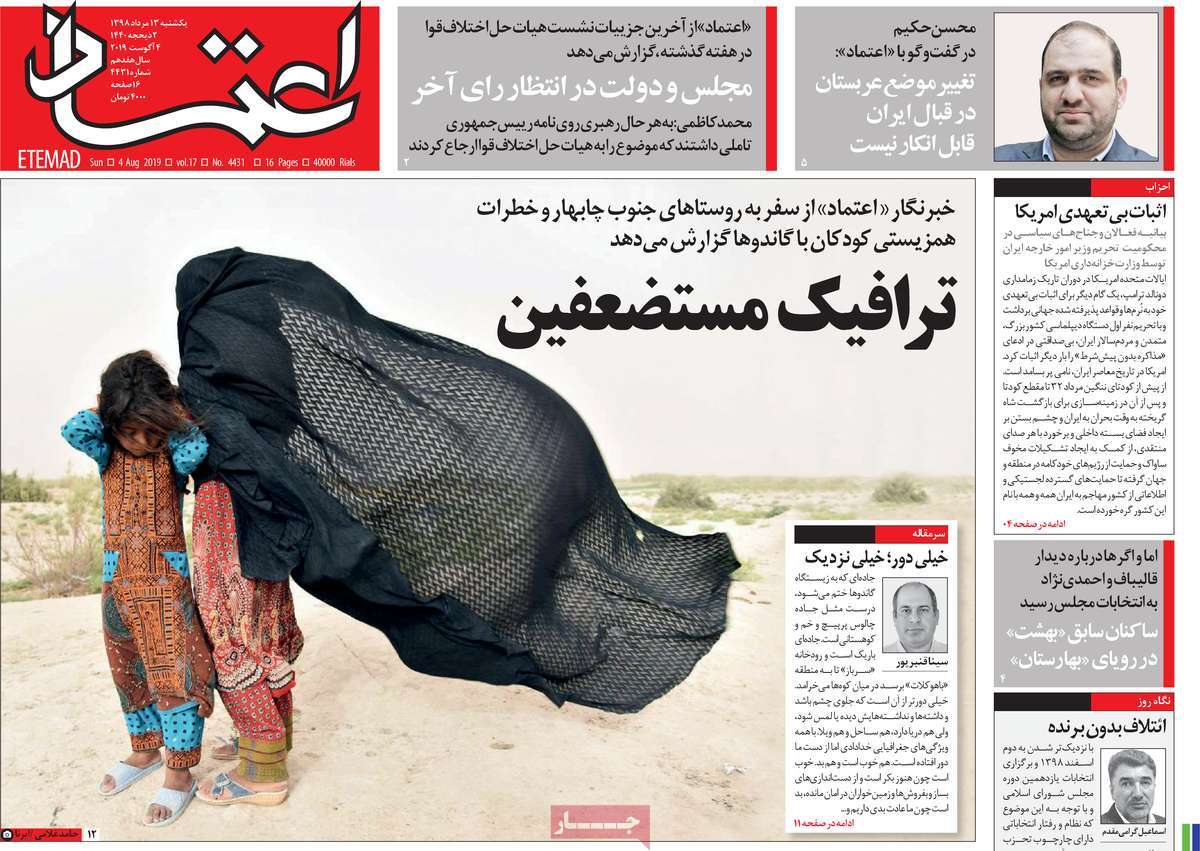 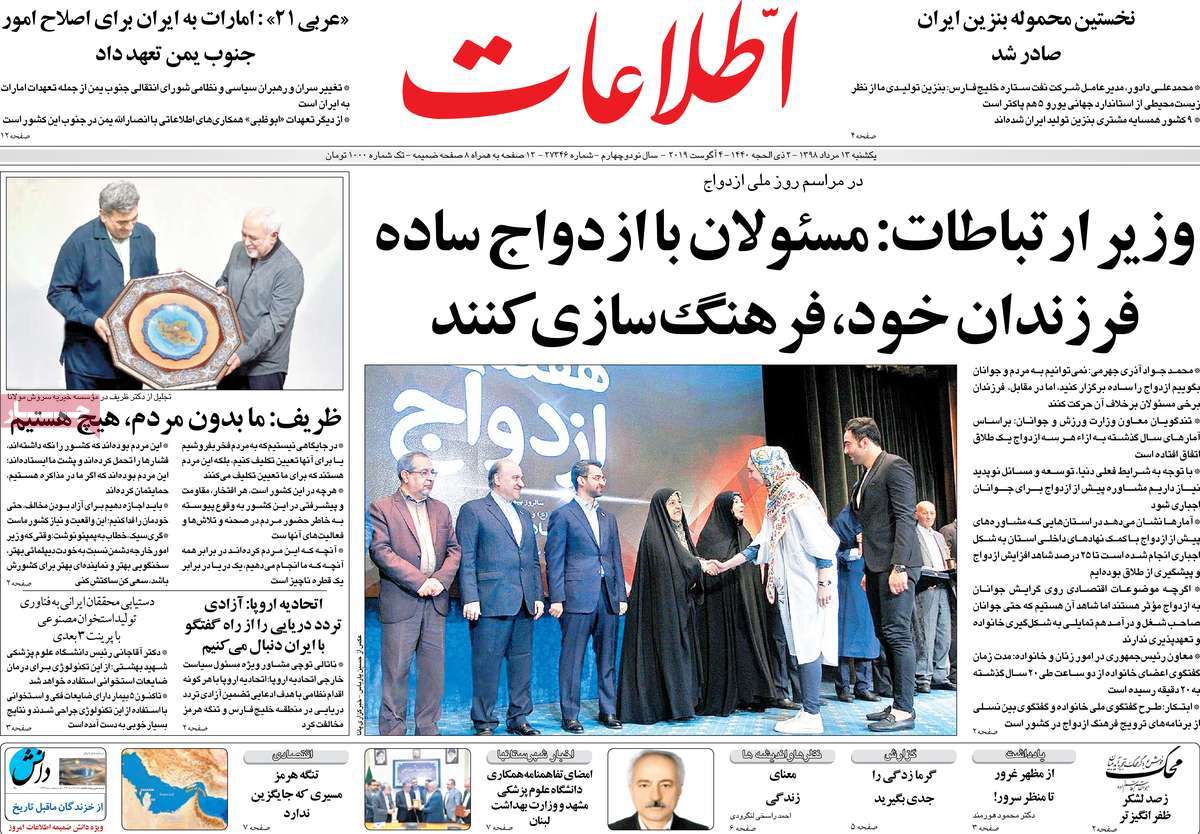 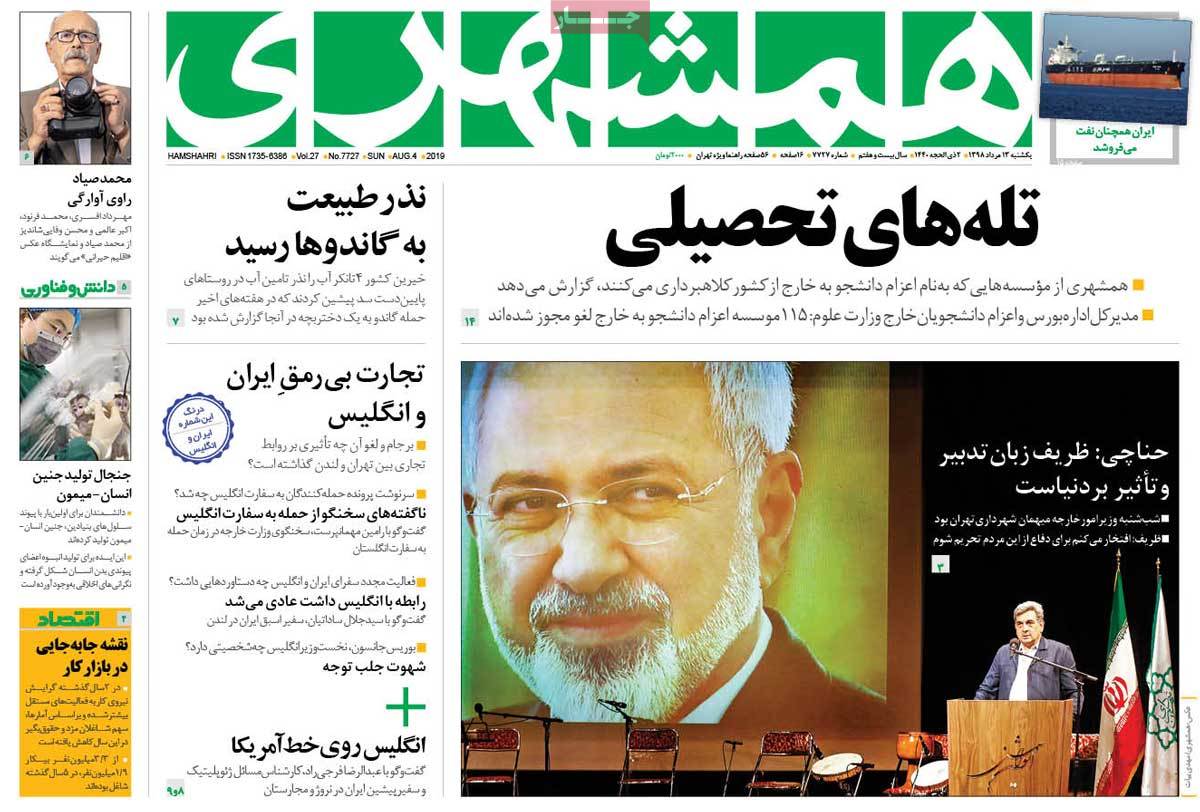 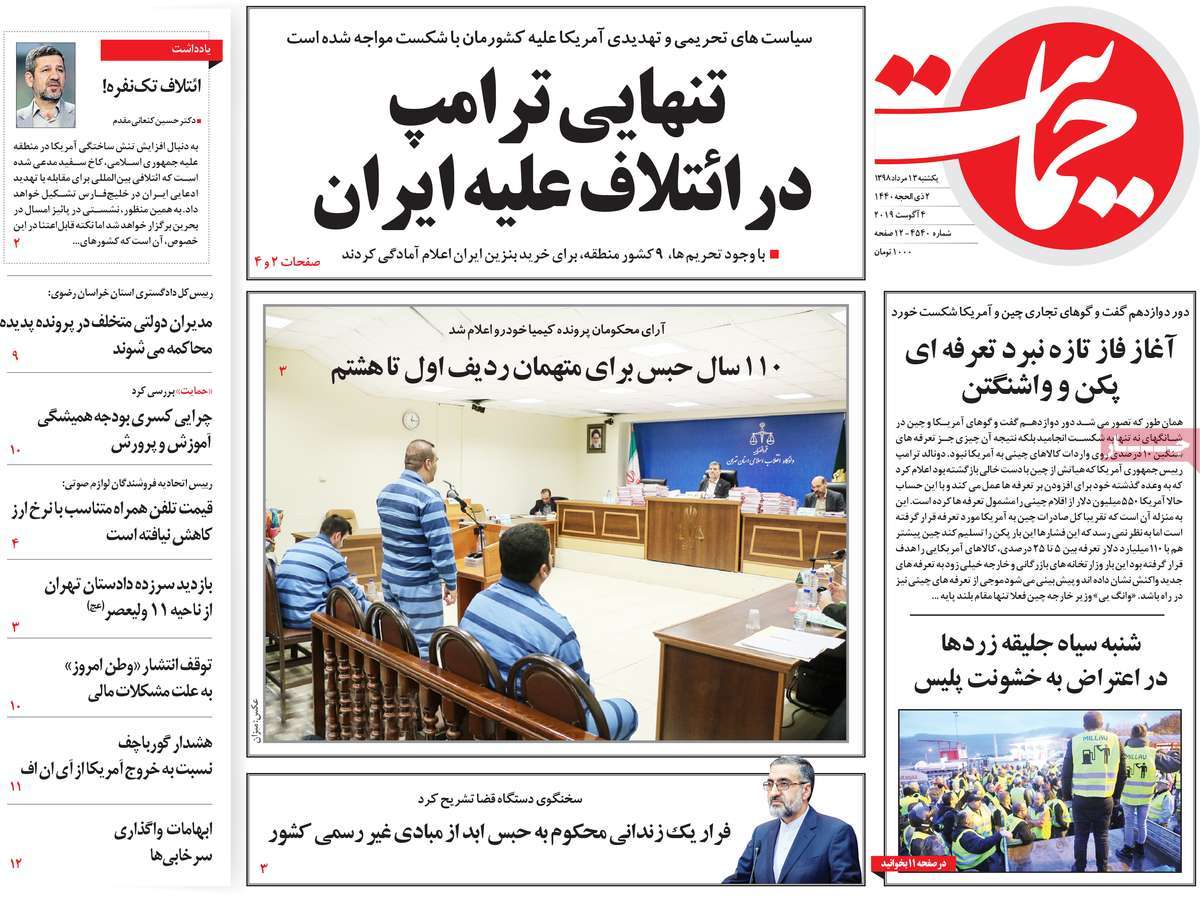 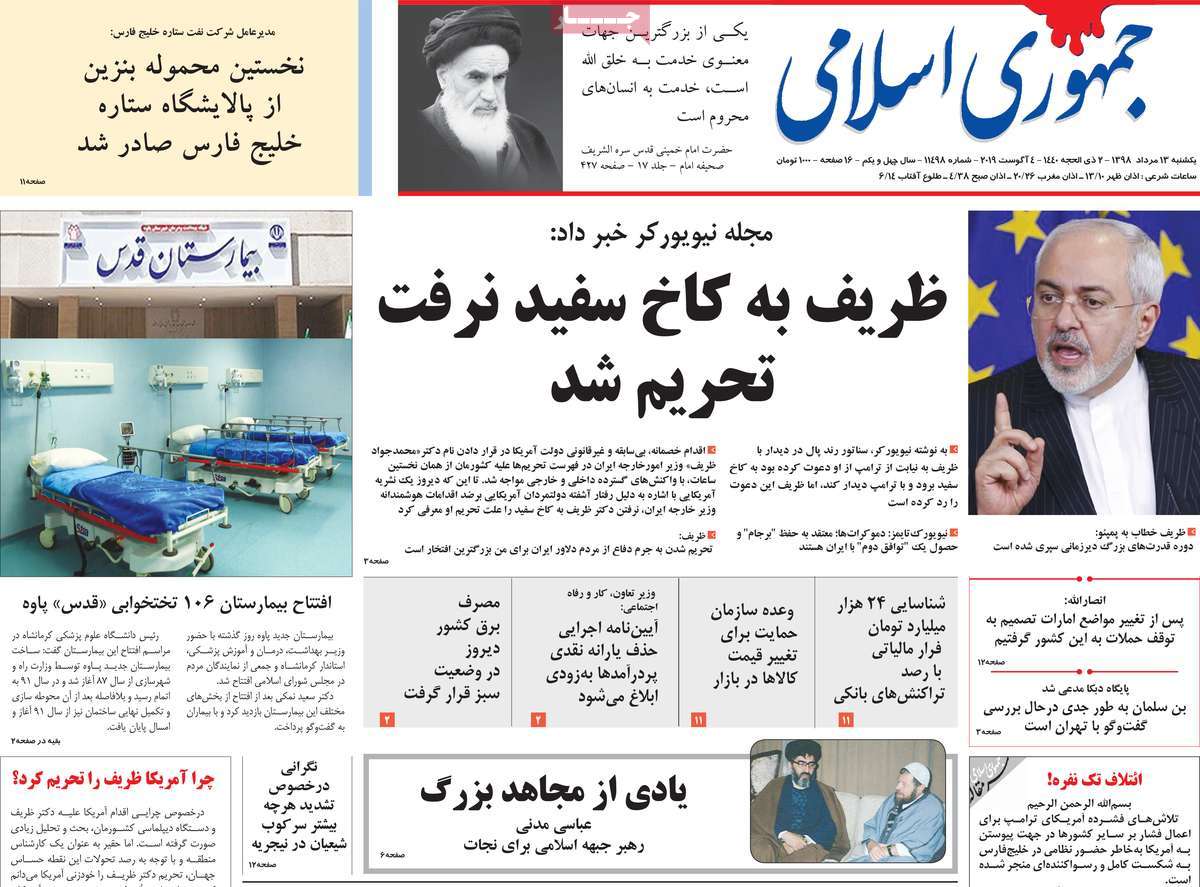 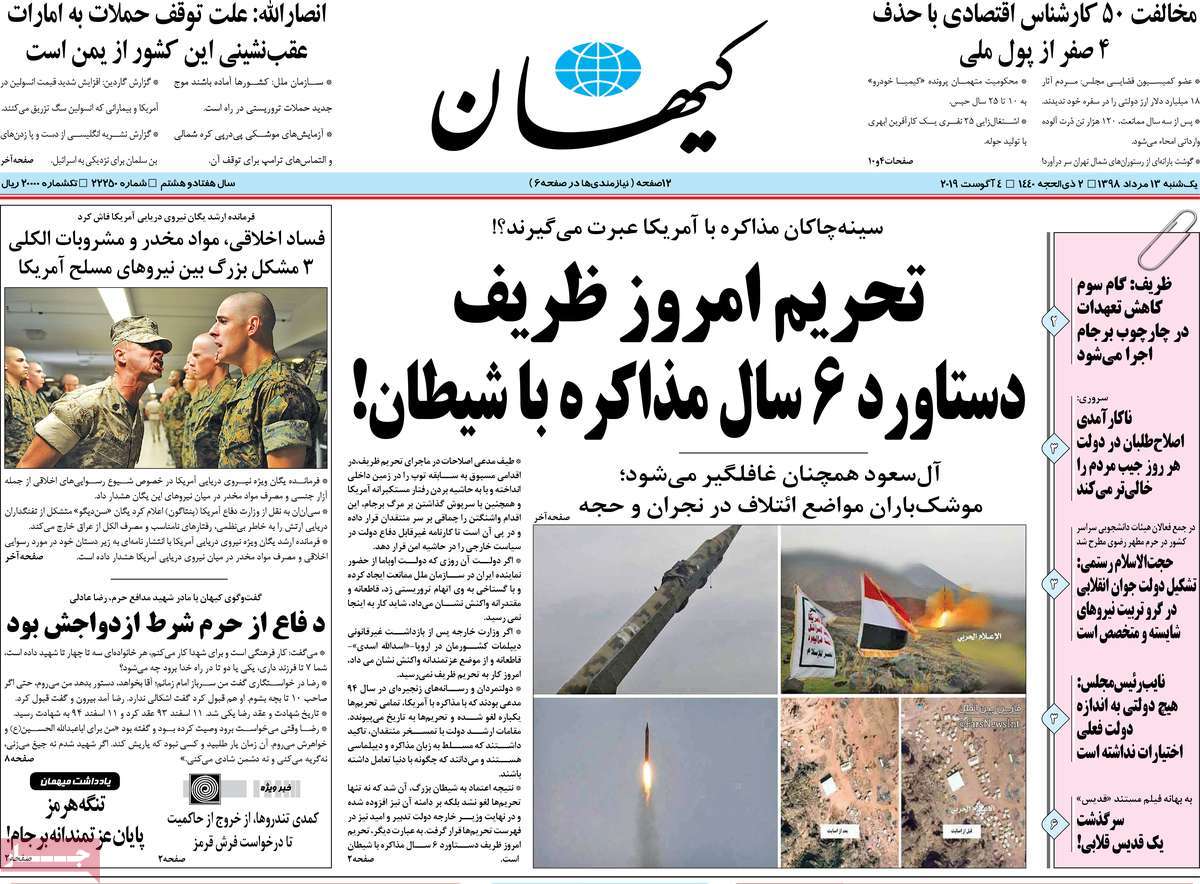